Robin Williams: His 5 Most Memorable Roles

Robin Williams at "The Crazy Ones" Press Conference at the Four Seasons Hotel on October 8, 2013 in Beverly Hills, Calif.
Vera Anderson—WireImage/Getty Images
By Melissa Locker

Beloved actor and comedian Robin Williams passed away Aug. 11 at the age of 63 in a suspected suicide after a long battle with depression. As the world mourns the loss of a comedic voice that spanned decades, we take a look back at his career.

Williams made the long climb from stand-up comic to leading man. His first roles were strictly in comedy, including stints on The Richard Pryor Show; eventually, he broke big playing a sailor with a love-hate relationship with spinach in Popeye. From there he went on to star in The World According to Garp, Moscow on the Hudson, Jumanji, Good Morning Vietnam, Night at the Museum, Death to Smoochy and many more films.

Here are five of his most memorable roles.

Mork, the alien sent from the planet Ork, who came to Earth in a small, one-man egg-shaped spaceship to observe human behavior, was on television for four years and introduced the American audience to Williams’ unique brand of wackiness. Williams’ dedication to the character and willingness to do anything for a laugh made viewers realize that Williams was an actor — not just a comedian.

Williams played a man willing to go to any lengths to be with his family, including masquerading as a buxom nanny in the hopes of winning his wife back from Pierce Brosnan. A part that campy could have sunk many actors’ careers, but it just cemented America’s love for Williams. A sequel was planned for 2015.

Williams played a fun-loving poetry professor who came to a stuffy boarding school, then challenged and inspired his students through his outside-the-box teaching methods. When the film came to the final scene, where his students take to their desks to declare their love for their teacher, there wasn’t a dry eye in the house.

While voicing animated characters is par for the course for established actors these days, Williams’ take on the Genie in Aladdin set the bar very high. His blue-bottled Genie was blustery good fun for both kids and parents.

Williams came to Good Will Hunting after a string of comedic hits and misses (Toys, Jack and Mrs. Doubtfire among them). He shined as a therapist tasked with helping a young math prodigy overcome his anger and work toward a healthy relationship with both a girl and the world at large. Their sessions together revealed a lot about the characters and the actors, paving the way for more serious roles for Williams and kick-starting Matt Damon’s career.

MORE: Can the Real Robin Still Stand Up? 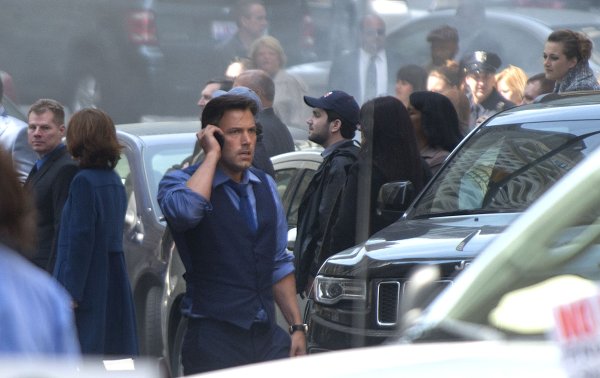 Here's Your First Look at Ben Affleck as Bruce Wayne
Next Up: Editor's Pick