The Oscar-winning comedian and actor Robin Williams has died at 63, according to police in Marin County, Calif.

A statement from the assistant chief deputy coroner of Marin County announced on Monday that the coroner divisions of the sheriff’s office “suspects the death to be a suicide due to asphyxia, but a comprehensive investigation must be completed before a final determination is made.”

Williams’ wife Susan Schneider released a statement saying she was “utterly heartbroken” and hoped “that the focus will not be on Robin’s death.”

“This morning I lost my husband and my best friend, while the world lost one of its most beloved artists and beautiful human beings,” she said in the statement. “On behalf of Robin’s family, we are asking for privacy during our time of profound grief. As he is remembered, it is our hope that the focus will not be on Robin’s death, but on the countless moments of joy and laugher he gave to millions.”

President Barack Obama issued a statement on Williams’ passing later in the day:

In a statement confirming his death, Williams’ publicist said the actor “had been battling severe depression of late.”

Williams had entered a rehab facility earlier this year to “fine-tune and focus on his continued commitment” to sobriety, according to a rep, after struggling with alcohol and drugs in the 1980s and then again around the time he sought more help in 2006.

The comic broke out on the television series Mork & Mindy and won an Academy Award for his role in Good Will Hunting. He had memorable roles in Mrs. Doubtfire, Dead Poets Society, Patch Adams, Hook, Jack and Good Morning, Vietnam. He also voiced the Genie in Disney’s Aladdin.

“Robin was a lightning storm of comic genius and our laughter was the thunder that sustained him,” director Steven Spielberg told Entertainment Weekly. “He was a pal and I can’t believe he’s gone.”

Williams, whom many celebrities mourned on Twitter, spoke about his career beginnings with TIME in 2011.

“When I went home from Juilliard [in 1975], I couldn’t find acting work,” he said. “I took a comedy workshop that was in the basement of a church that had lesbian poetry and stand-up, which is a great double. Eventually I got gigs in TV and movies, and then the rest is somewhat history.”

Williams left behind a number of movies, including the third Night at the Museum film, due in December, and Merry Friggin’ Christmas, due in November. He was set to reprise the role of Mrs. Doubtfire in the sequel to the 1993 movie.

“There really are no words to describe the loss of Robin Williams,” Fox, the studio behind Night at the Museum: Secret of the Tomb, said in a statement, Entertainment Weekly reports. “He was immensely talented, a cherished member of our community, and part of the Fox family. Our hearts go out to his family, friends and fans. He will be deeply missed.”

The mayor of San Francisco, a city where Williams found early success with his stand-up comedy, said the city “mourns the profound loss of Robin Williams, who inspired us with his comedy and art.”

“His legacy has had a deep and inspiring impact on our city and on our residents,” Mayor Edwin M. Lee said in a statement. “Despite his success, he has never forgotten San Francisco. He was a philanthropist who gave generously, and he was a friend of the city.” 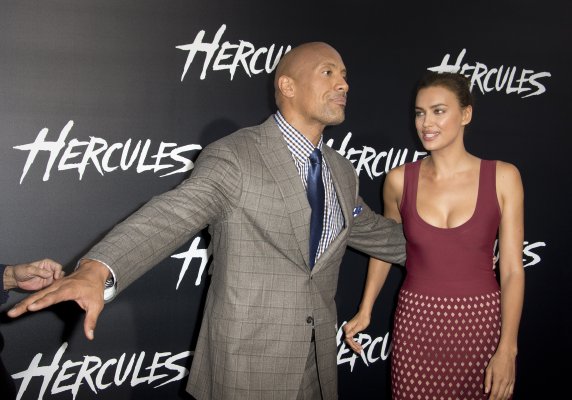 The Rock Posts Picture After Mom Survives Car Crash
Next Up: Editor's Pick