U.S. President Barack Obama delivers a statement on the situation in Iraq from his vacation home at Martha's Vineyard, in Massachusetts, Aug. 11, 2014
Kevin Lamarque—Reuters
By Zeke J Miller

President Barack Obama offered his assistance to the new government emerging in Iraq on Monday, sending a clear message to Iraqi Prime Minister Nouri al-Maliki as he tries to cling to power: go.

In brief remarks from outside his vacation home in Martha’s Vineyard, Obama endorsed Iraqi Prime Minister–designate Haider al-Abadi as U.S. air strikes against the Islamic State of Iraq and Greater Syria (ISIS) entered their fourth day.

“Today, Iraq took a promising step forward,” Obama said, hours after al-Abadi was selected to be come the country’s next head of government. Obama said he and Vice President Joe Biden called al-Abadi to extend congratulations “and to urge him to form a new Cabinet as quickly as possible, one that’s inclusive of all Iraqis and one that represents all Iraqis.”

Iraq’s newly elected President named al-Abadi Prime Minister earlier on Monday, after the coalition of Shi‘ite political parties turned against the current Premier. Al-Maliki has since accused the President, Fouad Masoum, of carrying out a “coup against the constitution.”

Obama did not directly mention al-Maliki, who has resisted efforts to unify Iraqi sects against ISIS and has indicated he will challenge efforts to remove him from power, saying only, “I urge all Iraqi political leaders to work peacefully through the political process in the days ahead.”

“The United States stands ready to support a government that addresses the needs and grievances of all Iraqi people,” he added.

Obama acknowledged that there is no easy political solution to the crisis in Iraq. Before departing for vacation, Obama had said it would take more than weeks to solve the problem. “This is going to take some time,” he said Saturday.

“I’m sure that that there will be difficult days ahead,” Obama said Monday. “But just as the United States will remain vigilant against the threat posed to our people by [ISIS], we stand ready to partner with Iraq in its fight against these terrorist forces. Without question, that effort will be advanced as Iraqis continue to build on today’s process and come together to support a new and inclusive government.” 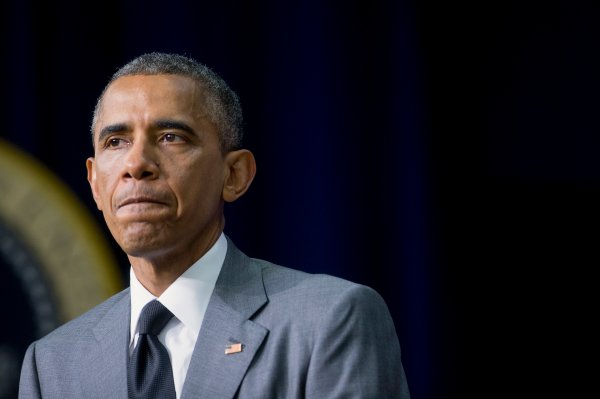 LIVE: Obama Speaks on Iraq Crisis
Next Up: Editor's Pick