If you’ve stumbled into certain feminist corners of the Internet lately, you may have noticed the word misandry cropping up. No, not by men’s rights activists whining that feminists hate men (or at least, not just by them). By feminists. Who think it’s funny to use it ironically.

But let’s back up a little. What exactly IS misandry, you ask? It is literally the hatred of men (in ancient Greek, “mis” means hatred, and “andro“ means male or masculine). It is the inverse of misogyny.

When feminists joke that they are misandrists, they are riffing off the misguided popular notion that they are man-haters. They mean to satirize the women who say they are not feminists because they love men. It’s an inside, inside joke.

Granted, there is something amusing about a girlish decorative sampler with “misandry” embroidered in purple thread, in the way that gross contrast is often amusing. And there’s something droll about a quiz that measures your level of misandry by asking if you’ve “cut a man’s hair off while he’s sleeping thus destroying his power,” or a list of reimagined misandrist lullabies like, “Hush little baby, don’t say a word / Ever; your sister is talking.”

And the urge to fight these misconceptions about feminists with humor is understandable. Obviously, very few feminists actually hate men as a whole, and none actually want to “kill all men” or drink “male tears” as some of these so-called ironists like to joke.

But the irony is all too often lost, despite recent arguments that the right kind of guys are in on the joke and love it. But the anecdotal evidence of that is not convincing, and those friends of women who like to use the word misandry might are likely to be a self-selecting group. Last year, a 2013 HuffPost/YouGov poll found that only 23 percent of women and 16 percent of men consider themselves to be feminists. Of that 16 percent, surely even fewer would find jokes about misandry funny.

Parodying the tropes of feminism’s enemies is not, in itself, unfunny or unhelpful. Consider Leandra Medine’s engaging site Man Repeller, which riffs off of and rejects the notion that women’s fashion is all about attracting men. And it’s empowering to reappropriate labels like “witch” and “bra-burner” that have been flung as criticism at women who dare to question the oppressive status quo. A new Twitter account, @WomanAgainstFeminism, takes on the popular hashtag used by women who disavow the movement with satirical rationales that humorously point out all the ways that women do need feminism.

But inherent in this word “misandry” is hatred. And inherent in phrases like “ban men” and “male tears” are cruelty and violence. If a man wore a tee shirt that said “misogynist,” even if he were a dyed-in-the-wool feminist, wearing it tongue-in-cheek, it would not be funny. It would be misguided.

What feminists really hate is the patriarchy—the web of institutions that systemically oppress women. And to tear it down, we need as many allies as we can get. Telling half the population that we hate them, even in jest, is not the way to do that. Feminism is still very much engaged in the battle for hearts and minds; appealing to the sense of humor of a very small minority of the population can be a good way to alienate the rest. That’s not to say that feminists should water down their true demands and complaints to appeal to broader swaths of the population. Nevertheless, to get folks on your side, you need an an appealing message. Humor can help. But ironic misandry is just bad PR. 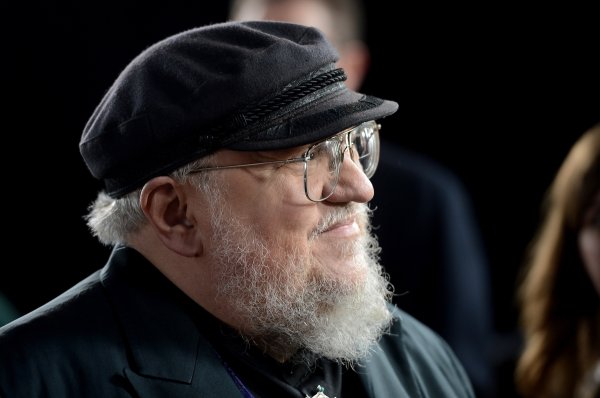 Game of Thrones Author Explains Why There's No Gay Sex in His Books
Next Up: Editor's Pick