Lesbian, gay, bisexual or transgender Americans are far less likely to identify as religious than non-LGBT people in the U.S., according to new Gallup poll.

One common explanation behind the disparity is that LGBT Americans may feel less welcome to participate in religious congregations or organizations, although religious groups have become more accepting in recent years. According to the Public Religion Research Institute, same-sex marriage was opposed by most religious groups as recently ago as 2003. Today, a majority of Jewish Americans, white mainline Protestants, and white and Hispanic Catholics support marriage equality.

Other explanations are demographic: LGBT Americans may be more likely to live in cities, where religious participation is less frequent. The population of self-identified LGBT Americans also skews younger, and young people are the least likely to be religious in the country. The poll, however, notes that age structure alone doesn’t explain it all — young LGBT Americans are still less religious than non-LGBT Americans within the same age bracket.

The data was collected during 104,000 interviews conducted between January and July of this year. A total of 3,242 adults interviewed identified as gay, lesbian, bisexual or transgender. 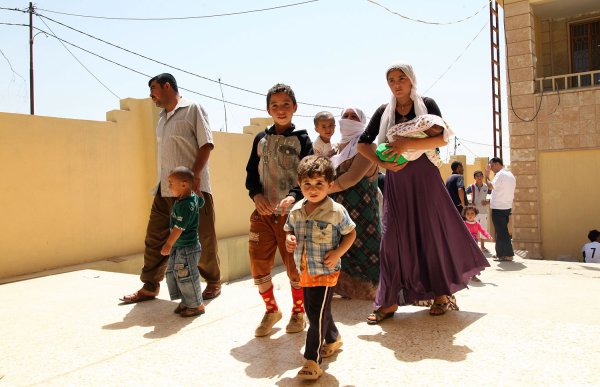 ISIS Is Ignoring Islam's Teachings on Yazidis and Christians
Next Up: Editor's Pick