Well, Lasso was fired because he was terrible and didn’t understand the rules of British football at all. But because the Premier League is returning to NBC this month, the network decided to revive the hilariously ignorant, disrespectful, mustachioed character.

This time, though, he’s coaching a youth soccer team and showing off his newfound love of English culture. In fact, he’s even taken a cue from cities with places like Chinatown and Little Italy and turned his entire apartment into Teeny-Tiny England. 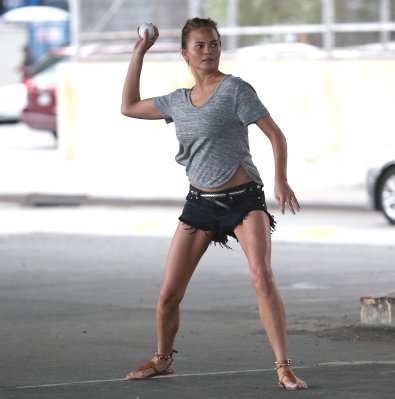 Chrissy Teigen Manages to Throw Respectable First Pitch After Tweeting That She Was 'Pretty Drunk'
Next Up: Editor's Pick