Twitter Users Ask What Photo Media Would Use #IfTheyGunnedMeDown

The streets of Ferguson, Mo. erupted in protest this weekend following the fatal police shooting of unarmed, black teenager Michael Brown on Saturday. But an organized form of protest quickly emerged on social media as well, aiming to address a rhetorical question that resonates among some in the African American community: “If they gunned me down,” what picture would the media use to represent me?

The viral #IfTheyGunnedMeDown hashtag was a response to how Brown was initially portrayed in the media. Rather than using photographs of the 18-year-old, reportedly known to his friends as a “gentle giant”, in a graduation picture or in a sports team, many outlets used the following visual:

The photo led to unsubstantiated tweets calling Brown a “thug” who was flashing “gang signs” — with many noting that similar images of Trayvon Martin, the Florida teen shot by neighborhood watchman George Zimmerman in Feb. 2012, elicited a similar response after they were used by the media.

In frustration at what they see as media reliance on menacing stereotypes, Twitter users have been posting contrasting images of themselves on social media, tagged with #IfTheyGunnedMeDown. So a photo of a minority male reading to children in army fatigues, for example, might be juxtaposed with that same man in a chain necklace mugging for the camera. Men and women of color have been posting images, but the message is being spread by concerned people regardless of race.

Here’s a collection of some of the trending tweets: 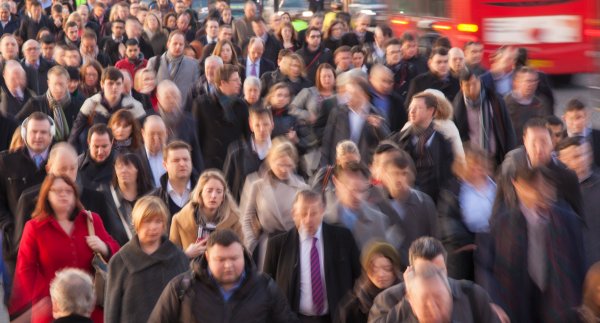 Millions Switched Their Race or Ethnicity for the Census
Next Up: Editor's Pick