Mom Says She Was Booted For Changing Diaper at Restaurant Table

A Texas mom told a local news station that her dinner out came to an abrupt end when she changed her baby’s diaper on a chair in the dining area of a restaurant.

Miranda Sowers says she was alone at Brother’s Pizza Express in Spring, Texas with her three children, ages 8, 4, and 4 months, when she realized her youngest needed a diaper change. But, Sowers says, the restroom didn’t have a changing table and she didn’t want to herd all of her kids out to the car, so she did what she had to do.

“I thought you know what I’ve got my own changing pad, she’s tiny, she fits right here on the chair.” she told KHOU, a Houston TV station. “So I laid her down quickly and quietly changed her diaper.”

While Sowers saw this is an inoffensive act of convenience, claiming that no one saw her do it, restaurant employees and patrons had a different take.

“As soon as you start opening the diaper, people start complaining about the smell of the diaper,” manager Donny Lala told KHOU. “Last thing I want is a customer throwing up.”

Comments on the story from KHOU readers were mainly against table-side diaper changing. Many self-described parents deemed Sowers inconsiderate: “Gross! I would have used the changing pad on the bathroom floor or gone to my car. Why do people feel so entitled?” wrote one reader.” Others urged the restaurant to install changing tables.

According to KHOU, the incident prompted the restaurant to bring the Sowers’ their food in t0-go containers and they were asked to leave. Sowers has since filed a complaint with the Better Business Bureau. Brother’s Pizza Express hasn’t backed down, but it might consider installing changing tables in the bathrooms. Brother’s Pizza Express did not respond immediately to calls for comment about the incident or the reported lack of changing tables in their restroom. 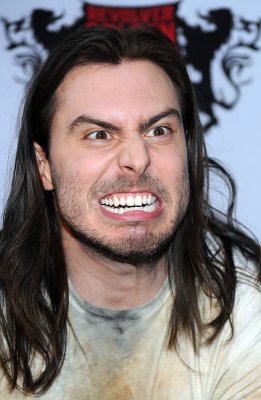