Medics Battling Ebola Are Pleading for the World's Help

Health workers screen people for the deadly Ebola virus before entering the Kenema Government Hospital in Kenema, 300 kilometers, (186 miles) from the capital city of Freetown, Sierra Leone on August 9, 2014.
Michael Duff—AP
By Per Liljas

Frontline medics are begging the international community to help fight an Ebola outbreak in West Africa now termed a “global emergency” by the WHO.

Three teams of Chinese disease control experts were expected to arrive in Guinea, Liberia and Sierra Leone on Monday, along with medical supplies for personal protection, disinfection and treatment. But much more assistance is needed.

“For weeks, MSF has been repeating that a massive medical, epidemiological and public health response is desperately needed to saves lives and reverse the course of the epidemic,” said Janssens.

The parts of West Africa worst hit by the Ebola virus face an increasingly desperate situation, as governments and health workers scramble to contain the deadly disease.

Residents in northern Liberia fear starvation, since roadblocks and travel restrictions in the impoverished nation are hindering traders from buying food and farmers from harvesting crops, causing prices to skyrocket.

About 1,000 people in Liberia, Sierra Leone, Guinea and Nigeria have already died in the worst outbreak of the virus so far. The highly contagious disease is mainly spread through direct contact with body fluids.

On Saturday, riot police cracked down on a blockade on the country’s busiest highway, organized by people frustrated by the government’s slow collection of the bodies of Ebola victims. Guinea also closed its borders to both Liberia and Sierra Leone.

The possibility that Ebola could be spreading to other continents is making authorities nervous across the globe. Tests on possibly infected individuals in India, Hong Kong and New York turned out negative — nevertheless, health officials are on alert and over a dozen countries have introduced security protocols at their airports to monitor possible victims.

A German man is quarantined in Rwanda, while awaiting the results of his blood tests. Meanwhile, a Spanish priest has become the first victim to be transferred to Europe. He will be treated in Madrid with the experimental drug ZMapp, which has shown initially positive effects on the two American victims currently being treated in Atlanta. 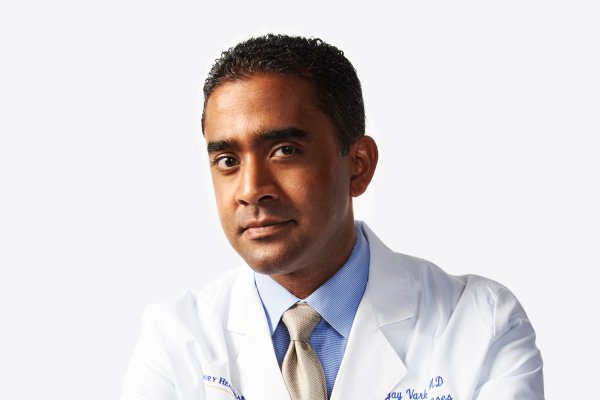 Meet the Doctors Fighting Ebola in the U.S.
Next Up: Editor's Pick