Raghuram Rajan, governor of the Reserve Bank of India, speaks during a news conference at the central bank's headquarters in Mumbai on August 5, 2014
Bloomberg/Getty Images
By Michael Schuman / Mumbai

Back in 2005, Raghuram Rajan, then economic counselor at the International Monetary Fund, stood up in front of the annual meeting of prominent economists and bankers at Jackson Hole, Wyo., and gave a presentation that his listeners could never have expected. The U.S. investor community was reveling in the high growth and stable financial conditions then prevalent around the world, but Rajan had examined global financial markets and come to a very different opinion. He argued that increasingly complex markets, which spewed out complicated instruments like credit-default swaps and mortgage-backed securities in ever greater quantities, had made the global financial system a riskier place, not less so as many believed. Such comments were considered near blasphemy at the time, and Rajan’s audience didn’t take him very seriously.

Three years later in 2008, however, his views proved prophetic. Rajan had generally predicted the sources of the worst financial collapse since the Great Depression of the 1930s.

Today, Rajan, now governor of the Reserve Bank of India, the country’s central bank, is worried again. This time, he’s fretting about the impact of the superloose monetary policies pursued by the U.S. Federal Reserve and other central banks to combat the financial crisis and resulting recession. Long-term low interest rates and unorthodox programs to stimulate economies — like quantitative easing, or QE — could be laying the groundwork for more turmoil in financial markets, he argues.

“My sense is that monetary policy can only do so much and beyond a certain point if you try to use monetary policy it does more damage than good,” Rajan tells TIME in his Mumbai office. “A number of years over which we, as central bankers, have convinced markets that we continuously come to their rescue and that we will keep rates really low for long — that we do all kinds of ways of infusing liquidity into the markets — has created markets that tend to push asset prices probably significantly beyond fundamentals, in some cases, and make markets much more vulnerable to adverse news. My worry is that, with inflation not being strong, this can continue for some time until things are so stretched that any signs of inflation, and a rise in interest rates, could precipitate a fairly strong market reaction. Certainly that volatility hurts across the world.”

Rajan, 51, would not pinpoint specifically where the most dangerous spots in global finance may be, but he did say that he believed assets of all sorts have become inflated. “I don’t know what the right level of the market is,” he says. “But I do know that, when I look at my portfolio and try to figure out where to invest, I can’t think of what I think is fairly valued.”

On top of his worries about market volatility, Rajan is also concerned that supereasy money is causing the misallocation of capital in the global economy, with potentially huge consequences down the road. “My greater worry is that by altering the price of capital for a substantial period of time, are we also, in a sense, distorting investment decisions and the nature of the economy we will have,” Rajan says. “Have we artificially kept the real rate of interest somehow below what should be the appropriate natural rate of interest today and created bad investment that is not the most appropriate for the economy?”

Still, Rajan agrees with Federal Reserve chairwoman Janet Yellen in her policy of slowly withdrawing stimulus measures and reintroducing higher interest rates. “We’re in the hole we are in. To reverse it by changing abruptly would create substantial amounts of damage. So I’m with Fed officials in saying that as we get out of this, let’s get out of this in a predictable and careful way, rather than in one go,” Rajan says.

Rajan has had to confront fallout from Fed policy personally. When he took the helm at India’s central bank in 2013, India was suffering as one of the “fragile five” — the emerging markets deemed most vulnerable to the winding down of Fed stimulus. India’s currency, the rupee, tumbled in value as investors fled, fearful that the curtailing of dollars in the world economy would strain the country’s ability to finance its large current-account deficit. In a series of deft and quick steps, Rajan stabilized the currency and wooed back investors, earning him breathless praise in the Indian media. Newspapers dubbed him a rock-star banker and even compared him to James Bond.

Now India, he says, is “absolutely” out of the “fragile five” stage. With narrowing fiscal and current account deficits, falling inflation and rising currency reserves, India’s fundamentals, he argues, are much improved and the country is less vulnerable. However, he sees the turmoil India experienced as part of a larger problem: a lack of coordination between the Federal Reserve and other central banks around the world. The actions the Fed takes are based mainly on U.S. domestic economic factors, but because of the unique position of the U.S. in the world economy, those decisions ripple through dollar-dominated financial markets in ways the Fed leadership does not take into account.

The results, Rajan argues, can ultimately be detrimental to the world economy. He points to a rise in increase in reserves in India and other emerging markets – built up as a cushion against potential fallout from the Fed’s tapering of stimulus – as one of those negatives. By topping up reserves, these emerging markets are in effect decreasing their demand for goods from the U.S. and elsewhere, and that is in the end bad for global growth.

“The U.S. should recognize that the actions we have to take to protect ourselves long run come back to effect the U.S.,” he says. “Therefore there is room for greater dialogue on how these policies should be conducted, not just to be nice, but because in the medium run it is in [America’s] own self-interest. If you are not careful about the volatility you are creating, the others have to respond and everybody is worse off.”

Ironically, Rajan has faced some criticism at home for doing just the opposite of the Fed — keeping interest rates high. Unlike most of the world, where bankers worry about low inflation or even deflation, India has been an outpost where inflation has been running too high, and Rajan took steps to bring the rate down — with some success. Some critics, however, complained that Rajan’s high-rate policy was acting as a drag on growth, and there was much press speculation when newly elected Prime Minister Narendra Modi took office in May that Rajan would come under pressure to cut rates to aid the administration’s promise to get the Indian economy back on track.

Rajan, though, says the central bank and the Modi Administration “are completely on the same page” when it comes to fighting inflation. “I have said repeatedly that the way to sustainable growth is to bring down inflation to much more reasonable levels,” Rajan explains. “That message is something the government is completely on board with. Once we do bring it down then we will have the opportunity to cut interest rates.”

Rajan also seems to be on the same page as Modi on economic reform. He expressed confidence that the new government is taking the initial steps necessary to set the sluggish Indian economy on its way to recovery. Growth rates can be restored to 6% to 7%, from current levels under 5%, Rajan believes, by making the government more efficient in implementing policies — unlocking badly needed but stalled investments in the process.

“Those are the things that are really needed to get the economy back to reasonable growth,” Rajan says. “This government has set about the implementation in a steady way and I am hopeful that we will see the fruits of that in the months to come.” Maybe Rajan will prove prescient this time around too. 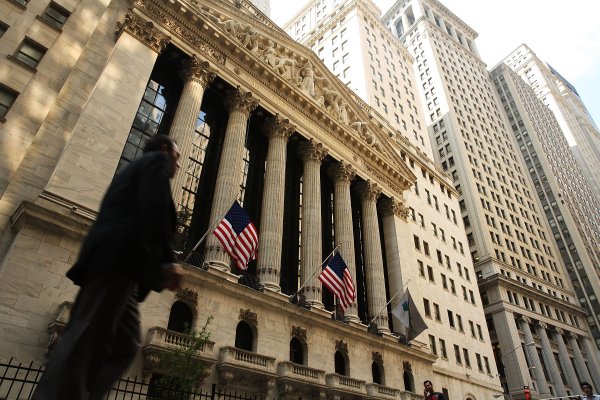