The arrests came after a nearly year-long undercover investigation of a crime ring that police say was laundering its money through a clothing wholesaler, a wig wholesaler, a limousine service and a beauty supply wholesaler. The 11-month investigation involved physical and electronic surveillance.

Authorities estimate the operation made millions of dollars through high-end prostitutes and drug sales in Manhattan, Brooklyn, Long Island, and Queens, as well as several other states. The suspects allegedly made their money by supplying wealthy johns visiting from out-of-town with large quantities of cocaine brought by one prostitute (what was known as “the party pack”); once the client was impaired by the drugs, prostitutes would flood the room and repeatedly charge that person’s credit card. Some customers were charged upward of $10,000 for one night, authorities said.

The operators were allegedly marketing their services to clientele coming to the New York City area for this Sunday’s Super Bowl. Police say just 10 days before the Super Bowl they sent out an email blast advertising new sexy & beautiful girls R in town waiting for u.”

“These criminals utilized apartments in residential buildings as a way of carrying out their illicit activities. They disregarded the safety and well-being of every member in those communities by providing a ‘one-stop shopping’ drug and prostitution ring,” Police Commissioner William J. Bratton said in a statement. The criminal ring is now completely shut down, he added. 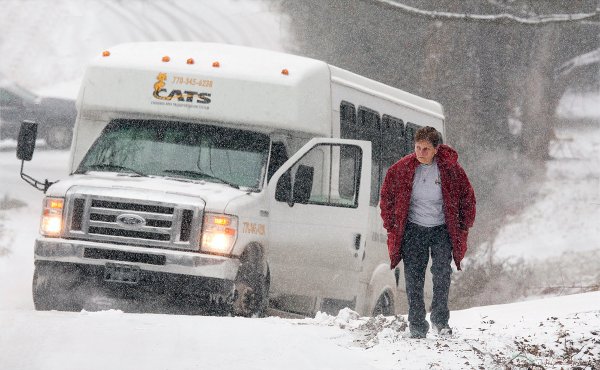