9 Mosquito-Bite Facts You Need to Know

Thanks to West Nile virus, mosquitoes have been in the news lately—and likely all over your backyard—but how much do you really know about them and the risks they pose? We spoke with Jorge Parada, MD, medical director of the Loyola University Medical System Infection Control Program and advisor to the National Pest Management Association, and learned some surprising facts about summer’s least favorite insect and their bothersome bites.

Not all mosquitoes bite

There are about 170 different mosquito species in North America (and 3,500 worldwide), says Dr. Parada, but not all of them bite humans. Of those that do, it’s only the females who are bloodsuckers—they use the protein to produce eggs. There are two species responsible for spreading disease in the United States: the Aedes aegypti and the Aedes albopictus, the latter of which is commonly known as the Asian tiger mosquito because of its black and white stripes.

It’s unclear whether the bugs are attracted to blood type

“Studies have claimed that people with Type O blood get bitten more than people with Type A or Type B, but these findings have been disputed,” says Dr. Parada. There’s also little evidence that wearing dark clothing attracts more mosquitoes, as is commonly believed.

More likely, mosquitoes are drawn toward people who exhale higher levels of carbon dioxide—like pregnant women or beer drinkers, as some studies have suggested. “Mosquitoes find hosts by detecting body heat and chemical signals,” says Dr. Parada. “It is possible that these factors contribute to increased production of carbon dioxide, making it easier for mosquitoes to sense human presence.”

Some people itch more than others

Almost everyone will feel the itchy aftermath of a mosquito bite, says Dr. Parada, although it can be worse for certain people who tend to develop more pronounced bumps or hives. “The itchiness is due to histamine release in our bodies in response to the mosquito’s saliva that’s injected while they’re drinking our blood,” he explains.

If you can resist, try not to scratch those itchy bumps: It only stirs up the skeeter saliva and increases your body’s histamine response, therefore making the itching worse, says Dr. Parada. “Additionally, over-scratching might cause breaks in the skin that can leave room for an infection.”

After a mosquito run-in, the best course of action is to wash bites using mild soap and cold water, which can provide some relief and also help reduce infection risk. If the bites still itch, treat them with anti-inflammatories or topical antihistamines, like Benadryl gel or over-the-counter 1% hydrocortisone cream.

They can spread a scary new virus

Chikungunya is a viral infection transmitted to humans through the bite of an infected mosquito and there is currently no vaccine or drug treatment. Although it was first reported in North America on the Caribbean islands, two cases in Florida were discovered in July. “It’s likely only a matter of time before more locally transmitted cases are reported in the United States,” says Dr. Parada.

Symptoms typically start four to eight days after being bitten, last about a week, and include severe joint pain and swelling, fever, and headaches. “Chikungunya is generally not fatal,” says Dr. Parada, “but the painful symptoms have led people to say ‘It won’t kill you, but it may make you wish you were dead!’”

West Nile is still a threat

If that’s not enough to worry about, mosquitoes in North America still carry West Nile Virus, as well. “The total number of cases is down this year compared to recent years, but the disease is still a threat, especially in late summer and early fall when mosquitoes are most active,” says Dr. Parada.

Most cases of West Nile are mild and people will recover completely, but older adults, diabetics, and people with compromised immune systems are at risk of developing serious infections from the virus. Anyone experiencing a high fever, severe headaches, muscle aches, and nausea or vomiting should seek immediate medical attention.

Not all repellants are equal

Topical products containing the insect repellant DEET have been shown to keep mosquitoes at bay, but the concentration of this ingredient can vary widely—anywhere from 4% to 100%. (Lower concentrations may need to be applied more frequently, but the Centers for Disease Control and Prevention says that amounts over 50% don’t offer additional protection.)

Alternatives to DEET include products containing picaridin (another synthetic compound) or oil of lemon-eucalyptus, says Dr. Parada. So-called “spatial repellants,” like citronella candles or coils, may also help clear the air of mosquitoes, but there aren’t any peer-reviewed studies to support those claims. And if those mosquito-repelling smartphone apps sound too good to be true, that’s because they probably are: There’s no evidence that the ultrasonic frequencies they emit will actually deter the bugs.

Mosquito-Borne Chikungunya Virus May Be Headed for U.S.

Scientists Seek to Take Bite Out of Mosquito Problem 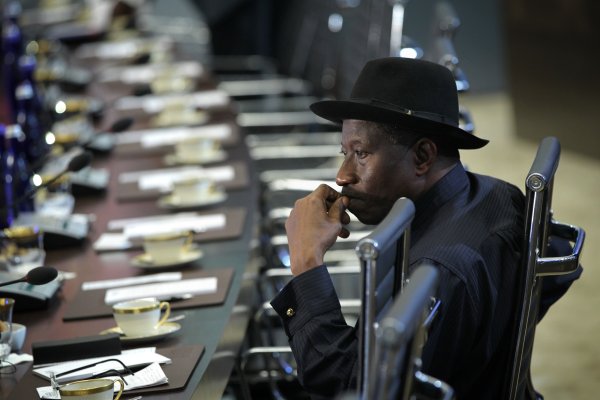 Nigeria Declares State of Emergency Amid Ebola Outbreak
Next Up: Editor's Pick