The Best Smartphone Cameras on the Market Right Now

What’s the best way to compare camera quality in today’s top phones? By now, even most moms know that megapixels (MPs) aren’t everything. Sure, your old lady may not think in terms of sensor size, texture, and contrast, but she knows great photos when she sees them, and they’re not all coming from the 41-MP Lumia 1020.

Like Mom, however, many of us still quietly assume megapixels are important, even if they don’t tell the whole story. We tend to think about megapixels like wine prices: a $45 bottle may not be three times better than a $15 bottle, but on average, it has to be at least somewhat better, right?

Not so fast. We took a look at ratings from DxOMark for today’s most popular mobile phones, then charted them against megapixels. DxOMark has long scored the quality of traditional cameras by focusing on RAW images, stripping away the effects of converters and focusing on the empirical quality of the image, as captured by the sensor and lens. More recently, they’ve begun rating mobile phone cameras with a similar diligence, reviewing smartphone images based on seven factors, including color, texture, noise, and artifacts — across both still images and videos. They take at least 400 photos and shoot over 20 videos in both real-world and lab conditions to determine the quality of each device’s camera. Here are the current scores (out of 100) for the 19 phones they’ve tested so far:

We see a different landscape here. As with our megapixel comparison, the 808 Pureview still snags the top spot, but its lead is tenuous, barely edging out the iPhone 5s. Meanwhile, the Lumia 1020 performs well, but nowhere near where that 41 MP rating would seem to predict.

We should be careful about drawing too strong of a conclusion here. High megapixel counts aren’t worthless — they’re just only useful in very specific situations. For instance, the 808 Pureview’s and Lumia 1020’s 41 MPs will certainly come in handy if you need to enlarge one very small part of a larger photo. When you snap a shot of hundreds of people, then crop it later to grab just your two kids’ faces in the crowd, you’ll be happy that tiny square inside the larger image still has so many pixels. You can blow up that small section of the photo and frame it on top of your Baldwin baby grand in a 5×7 print, and it will still look plenty sharp, a convenience not possible with an 8-MP shot.

But for most of the photos we take, it’s worth remembering that factors like sensor size and lens quality matter a whole lot more than the sheer number of pixels. If you don’t believe it, take a few family photos with an iPhone 5s or Xperia Z1 and compare them to your buddy’s Lumia pics. Let your parents be the judge. The experts say that mother (not megapixels) still knows best. 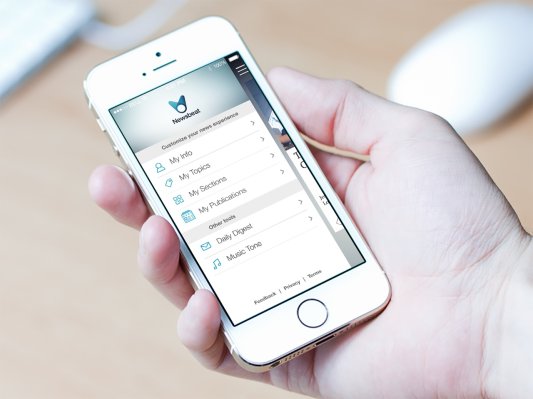 Newsbeat: Have People (and Machines) Read the News to You
Next Up: Editor's Pick