Kurdish Peshmerga troops take part in an intensive security deployment against Islamic State in Iraq and Syria militants, on the outskirts of the province of Nineveh, Aug. 6, 2014.
Reuters
By Rebecca Collard

Even as President Barack Obama authorizes U.S. airstrikes against militants in Iraq, fears are rising that the fighters are advancing on Kurdish territory in the north of the country.

The Kurdish fighters—known as Peshmerga—had kept the militants from the Islamic State of Iraq and Syria (ISIS) out of their territory for months, but the more than 1,000-km border they share with the militants is now under attack. “Now, the Kurds have more than one front open,” said Hoshang Waziri, an Iraqi analyst based in Erbil.

So despite Obama’s promise that “America is coming to help,” some fear it may be too little, too late.

The Kurdish government in Erbil welcomed Obama’s authorization of airstrikes—strikes that started Friday—but Kurds have been calling for U.S. intervention for months. From senior officials to shopkeepers in Erbil, American intervention has been seen as key for Kurds ever since the militants began claiming swaths of northern Iraq.

“Where was America?” asked Majid, a 28-year resident of Qaraqosh who fled his home this week with thousands of other Christians. He wouldn’t give his last name for fear of being targeted by the Islamists. He said as Peshmerga forces withdrew, the militants entered and took control of Qaraqosh, Iraq’s largest Christian city and home to some of the world’s oldest Christian communities. Some Christians have been told to convert to Islam or leave.

“They took the cross off our church and replaced it with a black flag of the Islamic State,” said Majid, who is seeking refuge in Erbil. Thousands of Christians have fled into the Kurdish territory and are sleeping on the floors of churches and community centers.

They are comparatively lucky. As many as 50,000 members of the Yazidi minority sect are trapped in the Sinjar mountains, surrounded as they were trying to escape the militants. The U.S. air-dropped humanitarian supplies overnight to the stranded Yazidis, but rescuing them will be difficult.

For Christians like Majid, it seems unlikely they will return home soon.

“I can’t live under the [ISIS]. Because every minute they do something different,” he said.

It may have been the element of surprise that allowed ISIS to gain so much ground, said Kenneth M. Pollack, a specialist in Middle East political-military affairs and a former CIA analyst. While Kurdish officials say they warned the government in Baghdad about ISIS’ offensive on Mosul and northern Iraq in June, many were surprised how quickly and easily the militants claimed Iraqi territory. They were even more surprised that the extremist Sunni militants were able to push the Peshmerga out of areas in the last week.

The Kurds may have become too comfortable as militants said their sights were set south, on the capital Baghdad, with no mention of Erbil. So when they attacked, the Kurds were caught off guard.

“The most interesting and frightening thing that happened is the fact that [ISIS] really has been able to beat-up on the Peshmegra,” Pollack said. “That’s not something anyone anticipated.”

Throughout June and much of July, the Kurdish region felt like an oasis of security protected by the Kurdish fighters. While there was little actual combat between the Islamists and the Peshmerga, the Kurdish people—and the world— praised the might of the Kurdish armed forces. But that might went untested.

“This is not the same Peshmerga of the 1960s and 70s,” Pollack said. The Peshmerga were known throughout the region as a strong fighting force as they resisted Turkish and Iraqi dominance. “Kurdistan has changed dramatically. They’re not these tough mountain boys anymore who were brought-up learning how to shoot. Now they are city kids and they don’t have the same exposure and they don’t have the same commitment.”

While the Peshmerga have experienced generals, they haven’t fought a war in almost two decades. Pollack said they may need more assistance than just the “limited strikes” suggested by Obama to defend their territory against ISIS.

Waziri said it’s not just military support the Kurds and Iraq need now from Washington. “The U.S. left Iraq but it still needs to use its leverage,” he said.

For months now, Sunnis and Kurds and an increasing number of Shi’ites have been calling for Shi’ite Prime Minister Nouri al-Maliki to step aside and allow the formation of a new, more inclusive government to pull Sunnis away from allegiance with ISIS and mount a more united fight against the militants.

Instead, the factions remain divided and the Sunni tribes, who can play a key role, are discontent with al-Maliki’s leadership.

“Washington needs to put real pressure on Baghdad to get its s–t together,” Waziri said. 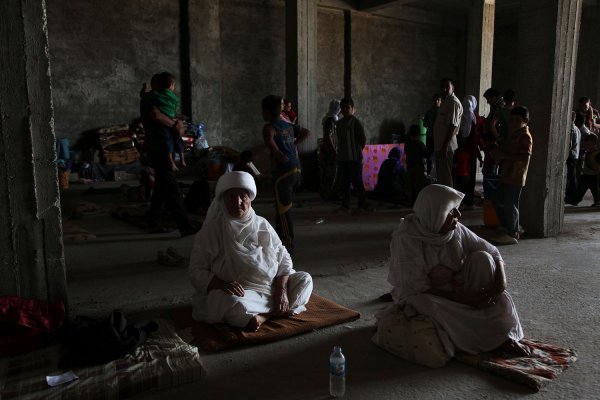 Experts Skeptical of U.S. Airstrikes in Iraq
Next Up: Editor's Pick