Ryan Crocker, who probably knows the region better than any other living American diplomat, cut to the chase about the situation in Iraq:

We’ve been in a fight for more than a decade, too. It began as a just attempt to retaliate against those who attacked America on September 11, 2001. It was proportionate, at first–if not terribly effective when it came to taking out Osama Bin Laden. The war against Al Qaeda should have been a special forces operation, from start to finish. But the flagrantly disproportionate Bush-Cheney invasion of Iraq changed all that…and the Obama surge in Afghanistan didn’t help much, either. Suddenly we found ourselves locked in the middle of civil wars in both countries (or perhaps I should say, “countries”). The President was right to extricate our combat troops from those futile fights.

But the rise of ISIS (or ISIL, if you prefer) has changed the game again. We are back to the original enemy: a reconstituted version of untrammeled Sunni extremism, which–as Crocker says–poses a direct terrorist threat to the United States, a threat we cannot afford to ignore.

Yes, we’re sick of war, sick of the region and particularly sick of Iraq–but, as seemed clear in the days after 9/11, and less clear since, this is a struggle that is going to be with us for a very long time. It doesn’t need to be the thunderous, all-consuming struggle that the Bush-Cheney government made it out to be. It will require a strategic rethink of who our friends and enemies actually are in the region. (As others have suggested, we may find that Iran is part of the solution rather than part of the problem–this is one case where America’s and Israel’s national security interests may diverge). And it will require a far smarter response than our first attempts to deal with Al Qaeda. It will have to be measured, proportionate–an insinuation rather than an invasion, acting in concert with true allies who also understand the threat and are capable of sophisticated covert operations.

During a conference call with a National Security Council expert yesterday, a reporter asked why this mission to protect the Kurds and Yazidis, and the Americans in Erbil, was different from the chaos in Libya, where we evacuated our embassy staff from Tripoli. The answer should be obvious: the chaos in Libya is a civil war among competing tribes. It is part of a regional struggle to redraw the straight lines on the maps that were drawn by Europeans 100 years ago. It will be a bloody fight for a generation and, in most cases, will be peripheral to our national interests. But when a terrorist group establishes an actual state, as seems to be the case with ISIS in Iraq and Syria, it is an entirely different story. The world cannot tolerate a safe haven from which attacks can be launched against religious minorities, as is now happening, or against other countries (including the US)–which is the stated intent of the ISIS leadership. That is why we took action against the Taliban government in Afghanistan 13 years ago. The urgency is no less now–and, indeed, is perhaps greater, given the honed strength of this extremely well-armed and well-funded terrorist organization.

There has been, and probably will be, endless debate about who “lost” Iraq. We don’t have the luxury of wasting time or political energy on that now. What’s needed is a clear and united sense of purpose…as clear and united as it was on September 12, 2001. Our war against Al Qaeda-style extremism isn’t over; it may have only just begun. 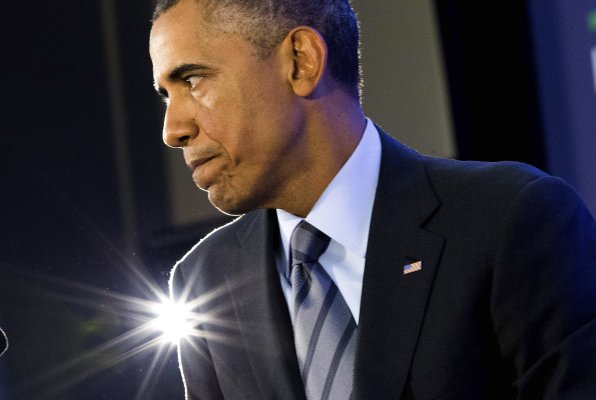 Why Obama Intervened in Iraq
Next Up: Editor's Pick