Displaced people from the minority Yazidi sect, fleeing the violence in the Iraqi town of Sinjar west of Mosul, take refuge in Dohuk province on August 7, 2014.
Reuters
By David Stout

President Barack Obama had a message for the thousands of minority Yazidis under siege by militants in Iraq late Thursday night: “America is coming to help.” But despite humanitarian airdrops Thursday and American airstrikes against the militants that started Friday, many analysts remain skeptical that the U.S. can do much to help in a fluid, fast-moving and increasingly dangerous crisis.

“Things are happening very fast,” Donatella Rovera, Amnesty International’s senior crisis response adviser, told TIME by phone from northern Iraq on Friday. “Obama’s speech [Thursday] sounded to me as though he was reacting to events that happened last Sunday. The situation can change and does change very quickly in these fluid circumstances.”

On Sunday, about 200,000 people fled from Sinjar region as militants from the group Islamic State of Iraq and Syris (ISIS) beat back Kurdish forces—known locally as the Peshmerga—from the region. Following the assault on Sinjar, humanitarian officials estimated that somewhere between 10,000 and 40,000 people who failed to escape the city were trapped on the nearby sunbaked mountains, surrounded by ISIS fighters. Dozens are believed to have died due to dehydration and exposure.

“It maybe good for the U.S. administration to understand that the world does not stop turning and does not hold its breath, while they do nothing,” Rovera said.

The thousands of displaced from Sinjar who had been camped out in mosques, camps and cars began moving again on Thursday toward the Turkish border. TIME was unable to independently verify whether the border remained open on Friday. Since unleashing a blitzkrieg offensive at the beginning of the month, ISIS has beaten back the Peshmerga throughout northern Iraq. Humanitarian groups on the ground estimate that at least 200,000 people have been displaced.

“The Kurdistan region was already struggling to host such a large number of people before the latest influx,” said David Swanson, an official with the United Nations Office for the Coordination of Humanitarian Affairs based in Erbil, in northern Iraq. Before ISIS’ August offensive against the Peshmerga, Iraq’s Kurdish region was already home to 380,000 internally displaced persons along, with 230,000 Syrian refugees.

“The government of Kurdistan can no longer bear the burden of this influx alone and will most certainly need additional international support,” Swanson said.

As fighting continued to rage in northern Iraq, Obama also pledged to defend the Kurdish capital of Ebril if ISIS forces move on the city. But Washington’s promises may do little to repair the damage done to the leadership’s reputation in the wake of demoralizing losses on the battlefield to Islamist fighters.

Analysts say the retreat of Peshmerga troops in the face of the ISIS onslaught reveals more about the political failings of the Kurdish leadership than it does about the capabilities of what had long been considered one of the most formidable fighting forces in the region.

“This advance in Sinjar and in other areas has shown the structural weakness of the KRG, the Kurdistan Regional Government,” Kawa Hassan, a visiting scholar at Carnegie Middle East Center, told TIME.

A report presented by the parliamentary commission on the Peshmerga last week explicitly stated that, while Kurdish forces had high morale, they were still under-equipped and not being paid in a timely fashion, Hassan said. The rout of Kurdish fighters in Sinjar is also particularly damming for the administration of the Kurdish Regional Government’s President Masoud Barzani. Sinjar is considered a stronghold of the president’s Kurdistan Democratic Party, and his inability to protect the region will not likely fade from memory soon.

“This means there was no strategy planning, their intelligence was not sufficient and now its clear the Peshmerga forces in Sinjar didn’t even have enough bullets and they didn’t have enough weaponry to counter ISIS,” Hassan said. “The Kurdish leadership failed dismally.” 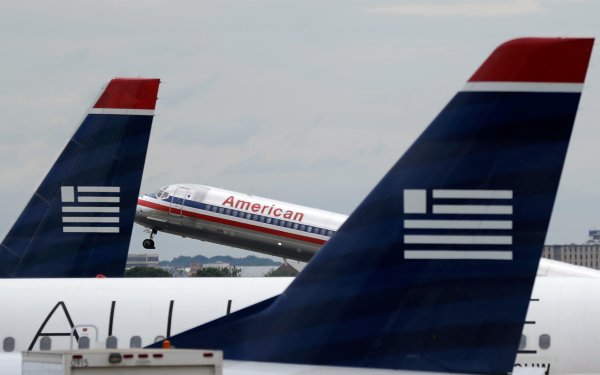 FAA Bans U.S. Planes from Flying Over Iraq
Next Up: Editor's Pick