Finally, Some Good News About Your Credit Score

FICO announced on last week a new version of its credit scoring model will debut this fall. This new version, FICO Score 9, throws a lifeline to borrowers indebted by medical bills or those saddled with old collections actions.

FICO characterizes the change as “a more nuanced way to assess consumer collection information.” It says people with unpaid medical debt but no other “major derogatory references” could see a median score increase of 25 points.

Medical debt is no joke — it’s responsible for almost two-thirds of bankruptcies, according to a study by the American Journal of Medicine — so a credit scoring model that doesn’t punish people for having the bad luck to be get sick or injured while uninsured (or beyond the limits of their health coverage) is a change for the positive.

FICO’s main competition is VantageScore, a scoring model created by the three big credit bureaus. Last year, a version of VantageScore that minimized the impact of old collections on a person’s score was rolled out, a step FICO’s new scoring model also takes.

“I do like the consistency between VantageScore and FICO,” Ulzheimer says. “Both credit scoring giants seems to agree that collections that have a zero balance have lost importance to risk assessment and can now be ignored.”

This is important because a new study from the Urban Institute finds that more than a third of Americans have a debt collection action in their credit file. Although some of these debts are likely to be too old to collect or have been paid off, just having that black mark there can tarnish your credit.

VantageScore took a stab at people who flew under the radar of older scoring models in its version released last year, too. “The VantageScore 3.0 model provides scores to 27-30 million adults who are invisible to traditional scoring models,” it said at the time.

One drawback to FICO’s announcement, Ulzheimer warns, is that it could take a while for these benefits to trickle down to borrowers. “The new model will take years before it is the standard FICO score used by lenders as it takes time for lenders to convert from older versions,” he says. The other rub: “Until Fannie Mae and Freddie Mac endorse the newer version, it will not be used for mortgage lending,” he says. 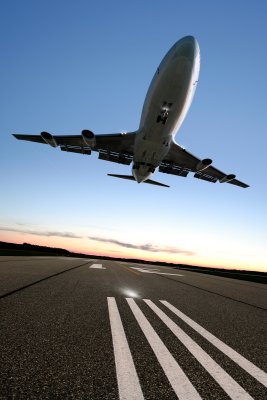 The Best New Sites for Getting Killer Travel Deals
Next Up: Editor's Pick