The daughter of former Vice President Dick Cheney “gave it to the President with both barrels,” one member of the Republican National Committee told TIME in describing Cheney’s remarks at a closed-door meeting of top Republican Party officials. Obama said Friday that “we tortured some folks” in the aftermath of the Sept. 11, 2001 terrorist attacks. Speaking on the condition of anonymity because the meeting was closed to reporters, multiple attendees said Cheney defended the practice of waterboarding, which promotes the sensation of drowning, arguing that American military and intelligence personnel are trained how to withstand the practice as part of their training.

The younger Cheney and her father recently launched the Alliance for a Strong America, a nonprofit group designed to promote their hawkish foreign policy at a time when factions of the Republican Party—led by Kentucky Sen. Rand Paul—have taken a more isolationist turn. Cheney alluded to those dynamics, warning members of the Republican Party’s governing body against “nouveau-isolationist” elements.

Cheney also criticized Obama for the situation in Iraq, telling committee members that Obama bears some responsibility for the rise of the Islamic State of Iraq and Syria (ISIS) because he failed to maintain a longterm security force in Iraq.

Obama’s comments last week came in advance of the release of a Senate Intelligence Committee inquiry into rendition, detention, and interrogation programs during the Bush Administration. The White House sent a redacted version of the report to the Senate on Friday, but Democratic members of the committee are calling for the Obama Administration to declassify more of the report.

The former Vice President is set to address RNC members at a dinner reception Thursday night. 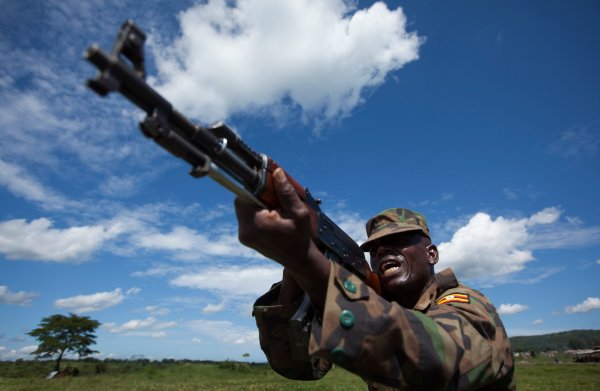 U.S. to Spend $110M Annually on Peacekeeping in Africa
Next Up: Editor's Pick