Some College Athletes Will Now Get Paid—a Little

Some colleges are going to pay athletes.

The NCAA voted Thursday to allow 65 teams from the so-called Big 5 power conferences—the ACC, Big 10, Big 12, Pac 12, and SEC, plus Notre Dame, a football independent that is now a member of the ACC in other sports—to make their own rules. These conferences will to offer their athletes not only a scholarship, but the full cost of attendance: money for extras like food, clothing, the occasional trip to the movie theater and more. Depending on the school, this could amount to athletes receiving an additional $2,000 to $5,000. With further autonomy, these schools will also ease restrictions on contact between athletes and agents, and be able to do things like pay for post-season travel for the families of athletes and invest more money in athletic health care coverage.

The move in many ways reflects an economic reality. These conferences drive the most interest in college sports: Between 2003 and 2012, for example, annual football revenues for teams now in SEC jumped 91%, to $759.9 million. The college football playoff, which starts this season, and the continuing expansion of lucrative conference television networks—the SEC Network debuts on August 14—will continue to pump more riches into college sports. NCAA leaders are recognizing that in this environment, the long-criticized inequity of college sports—that none of this additional money flows into the pockets of the talent actually doing the core work, the athletes—is no longer tenable.

“It’s important for the student-athletes and their welfare,” Ken Starr, president and chancellor of Baylor University, said of the vote. “There are things that we would like to do, and we need to be empowered to do those things.”

While the vote is historic in nature, college sports critics contend it doesn’t go far enough.

“I hope it’s the first step towards players being able to negotiate their own working conditions,” said Richard Southhall, director of the College Sport Research Institute at the University of South Carolina. “The crumbs are more nutritious than they used to be, but they’re still crumbs.”

The move falls short of giving athletes in the high-revenue sports full salaries, or allowing them to capture their true worth on the open market. To college leaders, such reform would dredge up the dreaded E-word. Athletes would serve as employees, which administrators have determined is incompatible with education.

“If you’re an athlete, going from $0 to $3,500, mathematically, is infinitely better,” said Andy Schwarz, an economist who has done work on behalf of the plaintiffs in the Ed O’Bannon anti-trust case, in which the former UCLA hoops star and other athletes are challenging the rights of schools to profit off their name, image and likeness without compensating them. “But qualitatively, it still misses the point entirely.”

A decision in the O’Bannon case, which is pending, and a successful effort by Northwestern football players to form a union could accelerate the destruction of the NCAA’s so-called “amateurism” model. But for other critics of the NCAA’s vote, that would be a disaster. To them, autonomy for Big 5 conferences, and cost of attendance subsidies, already goes too far. It will destroy competitive balance in college sports, as the extra benefits offered by the big schools will allow them to attract even more top talent, leaving schools outside these conferences helpless. “The NCAA cannot fall prey to phony arguments about student welfare when the real goal of some of these so-called reformers is create a plutocracy,” Boise State president Bob Kustra wrote in statement in May, “that serves no useful purpose in American higher education.”

Stipends for athletes, however, won’t destroy college sports. Competitive balance doesn’t really exist in college sports now, as almost all of the top high school players are already going to the top schools. In a 2011 paper entitled “Excuses, Not Reasons: 13 Myths About (Not) Paying College Athletes,” Schwarz studied 10 years worth of recruiting data and found that 99% of the high school football players listed as Top 100 prospects on Rivals.com went to power conference schools and Notre Dame. And despite this trend, football teams like Northern Illinois, and basketball teams like Wichita St., have cracked the top of the national rankings, because, as West Virginia athletic director Oliver Luck puts it, “recruiting is an art, not a science.” Plenty of talented players are overlooked by big schools, and will continue to be overlooked by big schools, even though players at top conferences are receiving a few thousands dollars extra in stipends. At lower schools, plenty of players blossom into pros, and will continue to blossom into pros, even though their Big 5 rivals are receiving some cash.

Sure, a few players on the margin may choose to possibly sit on the bench at a big conference school, rather than star at the lower levels, because of the extra benefits. But all talent won’t flow upwards, because of simple supply and demand. Schools offer a finite amount of athletic scholarships; every player who wants to play basketball at Duke can’t go to Duke. So they’ll go to, say, Lehigh. And what can happen? We’ll still have charming upsets. If Lehigh could knock off the hyped stars from Duke during the 2011 NCAA tournament, they could still beat them tomorrow, even if the Duke players receive more money. 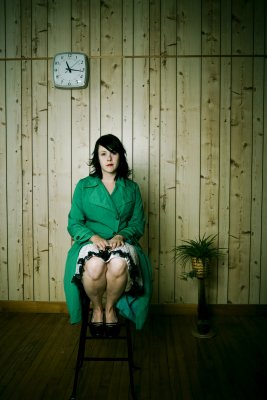 Stop Telling Women Their Most Valuable Asset Is Their Youth
Next Up: Editor's Pick