Obama Can Still Secure His Legacy

The article also appears in the Aspen Journal of ideas

A question that faces president Obama, however the midterm elections turn out, is whether he’s going to play his final two years as the back nine of a casual afternoon of golf, coasting toward the clubhouse of former presidents, or as the final quarter of a tight basketball game.

When I was working with Steve Jobs on a biography in 2009, he had an inkling that he might only have a couple of active years left. As his cancer kept recurring, instead of slowing him, it spurred him on. In those two years, he refined the iPhone and launched the iPad, thus ushering in the era of mobile computing.

President Obama has scored two monumental achievements: helping to restore the financial system after the 2008 collapse and making it possible for every American to get health care coverage, even if they leave their jobs or have preexisting conditions. Obamacare may be undermined if the Supreme Court guts subsidies for the federal exchanges. If so the sweeping nature of the reform will survive only if Obama mounts a rousing, state-by-state campaign to rally passion for protecting the new health benefits.

As for rescuing the economy, this could be remembered as a hollow victory unless the recovery restores economic opportunity for all Americans. Growing inequality—of income, wealth, and opportunity—is the economic, political, and moral issue of our time. The fundamental creed of America is that if you work hard and play by the rules, you can support your family with dignity and believe that your children will have an even better future. But that is being lost as the middle class continues to be hollowed out and the poor get left further behind.

From the Pope to Thomas Picketty, and from Paul Ryan to Rand Paul, there has been a renewed focus on the moral imperative of economic opportunity. Obama seems ready to make that the defining passion of his final two years. Fighting for a fair deal for every American goes to the core of what he believes, rounds out the narrative of his presidency, secures his historic legacy, and leads naturally into what is likely to be the mission of his post-presidency.

The foundation for such a crusade could be a simple goal, one with moral clarity and patriotic resonance: that every kid in this country deserves a decent shot. He’s got a fresh team in place, and he’s already proposed many elements of an opportunity agenda in his My Brothers’ Keeper Initiative and other speeches. Among them: Universal preschool, so that no child starts off behind. Quality after school activities and summer internships. Apprentice programs like the bill proposed by Senators Cory Booker and Tim Scott. What also could be included is a public-private effort to create a service year program so that every kid after high school or college has the opportunity to spend a year serving their country in a military or domestic corps.

I’ve been reading Doris Kearns Goodwin’s magisterial narrative of the Teddy Roosevelt era, The Bully Pulpit. In 1903, Roosevelt felt a fierce urge to energize the American people around what he dubbed his “Square Deal for every man, great or small, rich or poor.” He spent nine weeks crossing the country by train, delivering 265 speeches. Most were carefully-crafted explanations of why corporate trusts needed to be reined in and workers needed to be respected. But when he arrived at the Grand Canyon, he began adding passionate calls to protect the environment and preserve nature. The trip not only refreshed his presidency, it refreshed him personally. The old boxer relished not only the “bully pulpit” but also being “in the arena.”

It’s probably not feasible for President Obama to embark on a weeks-long whistle-stop tour barnstorming for a new Fair Deal and a dedication to preserving the planet, though it would sure be fun to watch. It’s hard to break through all of the static, but after the midterms, it may be possible for him to propound a narrative that ties together his proposals for economic opportunity, poverty reduction, and immigration. A vision of a land of opportunity would appeal to most Republicans as well as Democrats.

For the final two years of his term, President Obama could stay above the fray and recognize that it would be pointless, given the dysfunctional nature of Congress, to try to accomplish anything significant. A rational calculus of risks and rewards, and a sober assessment of the possibilities for accomplishing anything in Washington, would argue for that approach. But I can’t help but hope that he decides to race against the clock rather than run it out. 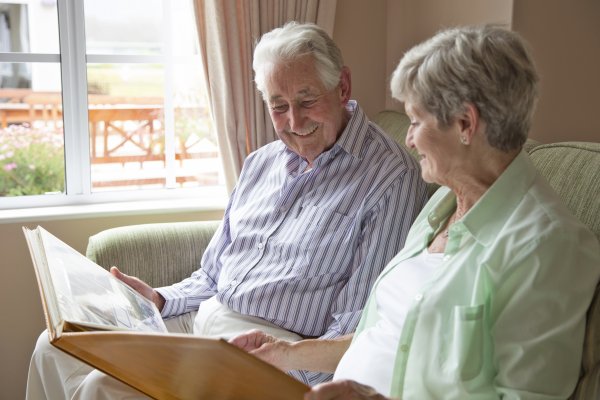 What Do You Need to Do to Live a Long Life?
Next Up: Editor's Pick