What Sets Becky Hammon Apart From Her Peers

WNBA star Becky Hammon takes questions from the media at the San Antonio Spurs practice facility after being introduced as an assistant coach with the team on Tuesday, Aug. 5, 2014 in San Antonio.
Bahram Mark Sobhani—AP
By David Epstein

As soon as the San Antonio Spurs announced the hiring of WNBA star Becky Hammon as an assistant coach this week—making her the first full time, paid woman to coach in the NBA—I thought back to the first time I interviewed her.

It was the summer of 2004, and Hammon was playing point guard for the New York Liberty, which had been temporarily kicked out of Madison Square Garden by the Republican National Convention. The Garden’s hardwood had been transported to Radio City Music Hall, where the Liberty would face the Detroit Shock.

Fans in Hammon jerseys were ushered to plush red seats by members of The Rockettes. Liberty players danced out of a mock subway car during introductions. A minute into the game, a ball bounced into the orchestra section. In the second half, a Shock player did too. The game was, you might say, riddled with distractions for the players.

“Distraction” is the liquid of the pro sports world, conforming to the shape of any container one can create. A player’s traffic ticket is a distraction. Trade rumors and reporters are distractions. In recent years, a player coming out as gay is haggled over by fans and talking heads as a potential distraction. Essentially, anything other than winning is a distraction. So no sooner did the Spurs announce the Hammon hiring than online forums lit up with discussion of whether Hammon would be a distraction. Here’s the answer: no.

The Spurs—the reigning NBA champs and one of the most stable franchises in pro sports history—will be no more distracted than Hammon was when she was leading fastbreaks down the Radio City proscenium, as the Liberty beat the Shock 78-69. What struck me about Hammon when I interviewed her in the locker room after that game was her nonchalance about the setting, and her startling recall for how plays had unfolded during the game. As I write in The Sports Gene, that kind of recall is one of the hallmarks of true expertise, from basketball and football to chess and piano. And it is part of the reason that Hammon, a six-time All-Star, is one of the best WNBA players of all time. If she could be compared to an NBA star, it would have to be Lakers point guard and two-time NBA MVP Steve Nash. Both have such acute spatial awareness and fluent ball handling skills that, rather than forcing passes into bad situations, they can often be found dribbling patiently from one corner of the court to the other, looking for a prime opening. As a result, both tended to make better decisions than the next player. Decision-making is what sets Hammon apart from her peers.

The Spurs have already seen this side of Hammon. They have seen it on the court—Hammon has played for their sister team, the San Antonio Stars, since 2007. And they saw it last year, during what Hammon calls her “internship.” Sensing the end of her career (she will retire from the WNBA at the end of this season), Hammon arranged with Spurs coach Gregg Popovich to start sitting in on coaches meetings and film sessions, and to attend some practices and direct drills. So it’s not like the Spurs are making an uninformed decision, and apparently Hammon was an impressive intern. As Popovich put it in his is typical plainspeak: “She knows when to talk, and she knows when to shut up…a lot of people don’t figure that out.”

That’s not to say that Hammon won’t have plenty to learn. In fact, the idea that top players immediately make adept coaches is belied by the paths of stars-turned-coaches like Magic Johnson, Isiah Thomas and Jason Kidd. Because the best players have automated many of the game’s skills—that is, they can execute the skills without using the higher conscious or “thinking” parts of the brain, just as you did when you eventually learned to drive a car—they can be among the people worst positioned to explain how certain skills work to a lower-level learner. Simply having been a great player won’t be enough for Hammon; she’ll have to learn to be a great coach. But there is no better mentor than Popovich, one of the best coaches in history, one who has a Master’s degree in physical education and spent the same number of games in the NBA as a player as Hammon: zero.

In 2009, former star player Nancy Lieberman was the head coach of the Texas Legends of the NBA Development League—basically the minor league for the NBA. They made the playoffs in her only season. And now Hammon will kick the door open a bit more for women who want to coach at the highest level. Until recently, women’s opportunities to play or coach in most pro sports were extremely limited. The WNBA was only founded in 1996, after all. But Hammon is part of the first generation of women who have had long careers as professional basketball players. She won’t be a distraction, and by the time the next woman comes to an NBA staff, that word will feel antiquated.

David Epstein is author of the New York Times bestseller The Sports Gene: Inside The Science of Extraordinary Athletic Performance, and an investigative reporter at ProPublica. 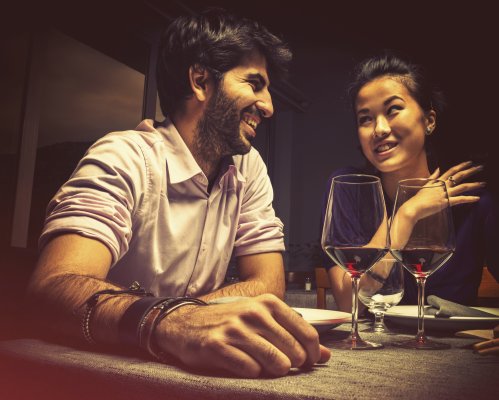 First Date Conversation: 5 Things Research Says You Should Talk About
Next Up: Editor's Pick