Artists Split Over Cultural Boycotts of Israel Amid Gaza War

To boycott or not to boycott? That is the question sharply dividing opinions in two of Europe’s top cultural capitals.

London’s Tricycle Theatre has hosted the UK Jewish Film Festival for eight years. This year, the theater demanded that the festival return a small grant it receives annually from the Israeli Embassy in Britain; the festival organizers refused and on Aug. 5 found themselves without a venue. A similar fate befell an Israeli theater troup called Incubator, booked to appear at Edinburgh’s famous Fringe festival but chased out after noisy protests made its run untenable. Dancers from Israel’s Ben Gurion University in Beer-Sheva have also pulled out of this year’s Fringe line-up amid protests.

Israel has long been the target of boycotts. Groups ranging from the Palestinian Campaign for the Academic and Cultural Boycott of Israel and the broader-based Boycott, Divestment and Sanctions (BDS) movement, an association of Palestinian trades unions and other organizations, have worked to isolate Israel and hurt it economically by encouraging consumers to shun Israeli products and services, including its cultural and intellectual output. They have also called for governments to launch sanctions of their own. Now such campaigns are spreading faster than ever as the renewed conflict in Gaza unfolds in realtime on digital media — and that very same digital media makes it far easier and quicker to organize boycotts or sign up in their support.

The issues are complex, but the logic behind some forms of boycott is relatively clear-cut. In calling for the United Nations and world governments to institute arms embargoes against Israel, six Nobel Peace laureates and assorted literary and music greats propose to inhibit the mechanisms of killing while increasing diplomatic pressure on Israel. Another group of luminaries, including rock star Peter Gabriel, this month joined a public petition to British Prime Minister David Cameron asking his government to enact such a ban on a unilateral basis. Commercial boycotts aim to inflict enough economic pain to force Israel to the negotiation table. Buycott, an app allowing shoppers to scan products before purchasing them to see if the companies and countries that made them has developed two campaigns targeting Israeli goods. Twitter is awash with hashtags and exhortations to boycott specific goods and services with Israeli links of some kind.

Some supporters of Israel would question the justice of such campaigns—and there are separate and very real concerns about the conflation of Israeli and Jewish identity amid rising antisemitism around the world, particularly in Europe. Nevertheless, increasing numbers of people view boycotts as a legitimate way to push for peace.

However, there are concerns even among supporters of other forms of boycotts when the targets are artists, performers and intellectuals. This strong critique of the Tricycle’s actions comes from Nick Cohen, who objects to the theater’s stance not because he is Jewish but because he sees it as a mob response “demanding loyalty oaths and imposing collective punishments”. Jane Wells, a New-York based filmmaker, also Jewish, recently served on the jury of the 2014 Jerusalem Film Festival and opposes any attempt to restrict cultural exchange with Israel.

“If you want any change to come about from within it is going to come from the artists and the creative community,” Wells says. She judged the festival’s Spirit of Freedom category in which “every single film was about conflict … those films are completely global in context, ecumenical philosophically, and they’re being shown to Israeli audiences through that film festival.”

British comedian Alexei Sayle, also Jewish, says “in artistic terms, I do find [a cultural boycott] painful; it’s not an easy decision to make.” But Sayle supports the actions of the Tricycle Theatre and the Edinburgh protestors.

The Tricycle posted this statement. The Israeli Embassy in London provided a statement to TIME:

Some 250 demonstrators converged on the Tricycle Theatre on Thursday night chanting “Shame on the Tricycle; no to antisemitism, no to racism, no to double standards”. The theater’s decision to turn away the Jewish Film Festival unless it severed its financial tie to Israel may have impeded cultural dialogue, but it has opened another, far noisier debate. 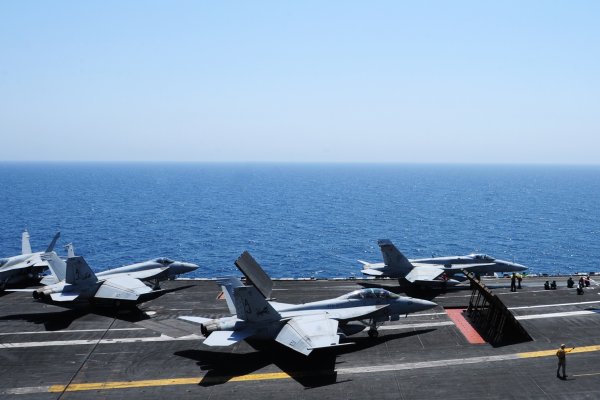