Megan Fox and Nick Cannon faced off against Jimmy Fallon and Wiz Khalifa in a game of Pictionary Wednesday on The Tonight Show With Jimmy Fallon. “Aliens,” “dancing” and “selfies” were just some of the guesses that were shouted out.

Fox was on the show to plug her role in the upcoming Teenage Mutant Ninja Turtles, in which she plays April, a reporter who works with the classic mutant reptiles. Nick Cannon, on the other hand, is working on his producing jobs, including Drumline 2: A New Beat, which is now in post-production. 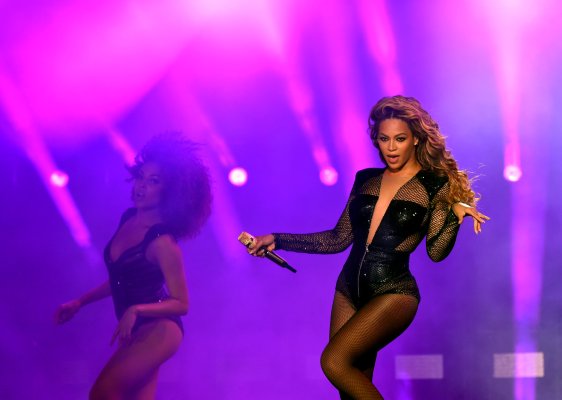 Beyoncé Will Perform at the MTV VMAs
Next Up: Editor's Pick