Meet the Bots That Knew Ebola Was Coming

A computer program run by epidemiologists in Boston had already alerted key agencies of the U.S. government about West Africa’s Ebola outbreak four days before the World Health Organization first announced it, one of the doctors told TIME Tuesday.

The computer’s advantage was its access to non-official online channels, in this case a March 19 news report in the Kenyan publication, the Standard News, which quoted a Guinean health official describing 23 recent deaths due to hemorrhagic fever in a region where bushmeat is regularly consumed. “These are new views on what is happening,” John Brownstein, an associate professor at Harvard Medical School and the founder of Healthmap.org, a group that scours social media and online news sources for early signs of disease outbreaks, told TIME.

The rise in technology and global travel has created new hardships for the world’s infectious disease fighters. Pathogens can now travel around the world as fast as a airplane and global trade is booming. But there is a good-news corollary to this increased threat: The ability to detect diseases quickly has increased as well, by mining Internet usage, social media and news reporting for real-time signals of disease threats.

Google search terms for words like flu and diarrhea can indicate spikes in infection, birthing the company’s Google Flu Trends project with the Centers for Disease Control and Prevention, which has demonstrated an ability to predict spikes in flu cases before official data.

Health and flu-related Wikipedia article traffic has also been shown to correlate with disease outbreaks as they happen. In cases where official data is not always reliable, social media can also provide better indications of emerging threats. During the 2013 outbreak of H7N9 bird flu in China, a health worker forced hospital officials to admit a recent death from the disease by posting the hospital chart of a recent patient on Weibo, the Chinese social media site. Weibo reports also signaled to the world that nurses had developed fevers after interacting with the patient.

The new systems are by no means foolproof: U.S. social media has seen sharp spikes in discussions of ebola in recent weeks, for instance, but those do not indicate any evidence that the disease has jumped to the United States. “We tend to be very careful about the social media side of things,” Brownstein said. He also says there is still a significant human role in sorting through the digital news reports his group collects.

But that hasn’t stopped most major U.S. government agencies from subscribing to Healthmap.org’s daily email alerts, and online postings. Brownstein said the Department of Defense, the World Health Organization, the Center for Disease Control and the Department of Homeland Security all subscribe to the monitoring efforts.

Healthmap.org’s timeline of the geographic spread of Ebola, based on online news reports, can be found here. 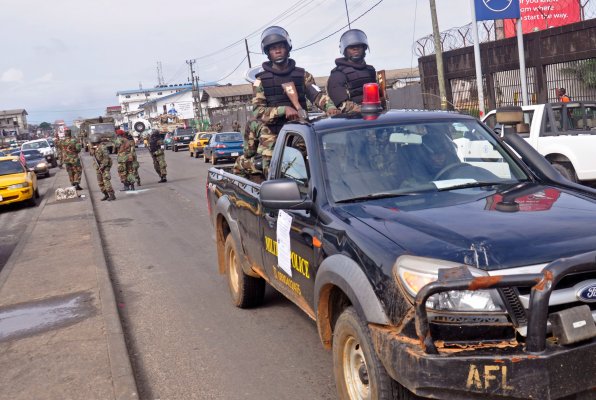