An Israeli soldier prays next to Merkava tanks at an unspecified location near the Israeli border with the Gaza Strip, Aug. 6, 2014.
Abir Sultan—EPA
By Michael Crowley

Israel’s military can be fearsomely destructive. From the day in July 1967 when Israeli planes preempted an Egyptian attack by destroying Cairo’s air force on the ground, to surgical airstrikes on nuclear reactor projects in Iraq in 1981 and Syria in 2007, the Israel Defense Forces have displayed crack intelligence and technical skill.

So why does Israel keep getting caught by surprise when it fights ground wars against its neighboring enemies?

Sixty-four Israeli soldiers were killed in Gaza over the past three weeks—more than six times the 10 lost in Israel’s 2008 incursion into the Palestinian territory. The Gaza incursion “revealed worrisome shortcomings in the Israel Defense Forces in battle readiness and management,” the Israeli daily Haaretz laments. The chairman of the Knesset’s Foreign Affairs and Defense Committee is vowing to investigate both diplomatic and military failures, including the use of a poorly-armored personnel carrier in which seven Israeli soldiers were killed by a single missile last month. Military experts also say the IDF was generally “operating from an old playbook and [was] not fully prepared for a more sophisticated, battle-ready adversary.”

Other Israeli politicians are also asking “why the extent of the Hamas tunnel system into Israel was either not known or not prepared for better,” the New York Times reports, which adds that the tunnels were “a psychological and tactical surprise.”

Israelis may be angry and frustrated. But they shouldn’t be shocked. Israel has been here before.

Eight years ago, Israel mounted a ground offensive against Hizballah in southern Lebanon. In that operation, Israeli soldiers discovered that the Iranian-backed Shi’ite group came equipped with sophisticated weapons, training and tactics. “They are trained and highly qualified,” an Israeli soldier told the Times that year. “All of us were kind of surprised.” Israel lost 121 soldiers in that conflict, widely considered a failure that produced months of soul-searching within the country’s leadership.

Lo and behold, many of the dynamics from Lebanon in 2006 also apply to the fight in Gaza, which remains on hold at least for now under a cease-fire agreement. Israel was fighting to stop Hizballah rocket fire into its territory; the IDF’s incursion killed more than one thousand civilians; and Hizballah skillfully publicized those innocent deaths to damage Israel’s world image.

And the unhappy parallels may continue: Israel had hoped the 2006 offensive would wipe out Hizballah’s rocket arsenal and lead to a demilitarization of southern Lebanon. It didn’t happen. Seven years later, the IDF estimates Hizballah’s arsenal at a staggering 60,000 rockets. While there’s talk now of a long-term cease-fire deal that will disarm Hamas, many Israelis are understandably skeptical.

“Hamas was not defeated; the organization will remain in power in Gaza and the key partner in any future agreement. If the cease-fire leads to a lifting of the siege on the Gaza Strip, Hamas may consider the heavy price worthwhile,” writes Amos Harel in Haaretz. Even so, he argues, “[t]he second-guessing now underway in Israel now “does not resemble the severe sense of failure after the Second Lebanon War.” But as Harel notes, that could change depending on what kind of lasting cease-fire deal emerges from current negotiations.

An Israeli government official is more upbeat, calling recent polls that show sky-high approval ratings for Prime Minister Benjamin Netanyahu and top military officials “a better indication of the public mood.” The official also calls a replay of the post-2006 aftermath is unlikely, given that the current regime in Egypt — which controls Gaza’s only border that does not touch Israel — has no love for Hamas and will partner with Israel to prevent the group’s rearmament. No such actor existed to clamp down on Hizballah after 2006.

Still, in Gaza this summer, Israel has been re-acquainted with the limits of its military power. (Never mind other memorably bungled Israeli operations, like the 2010 raid on a Gaza-bound flotilla, or the cinematically bizarre 2007 assassination-and-revival of Hamas political leader Khaled Mashaal.) Israel has again found that its intelligence is not infallible. And, while it enjoys massive military superiority over its rivals, it still faces painful limits when it fights guerilla-style groups on its borders.

Strange as it may sound, taking out an entire air force can be easier than winning a fight with a determined militant group — especially if you’ve underestimated its readiness for battle.

Updated: The original version of this story has been updated to include comments by an Israeli government official. 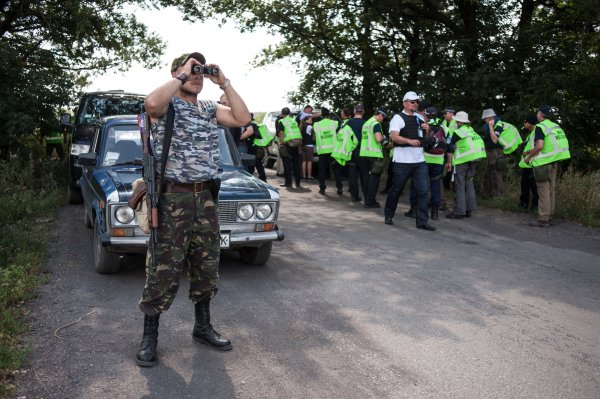