The NBC News/Wall Street Journal poll, which was conducted by a Democratic pollster and a Republican pollster working together, has Obama’s favorability at 40% positive and 47% negative. NBC News reports that the decline in Obama’s polling numbers stems chiefly from a decline in support among Democrats and African Americans.

The President’s approval rating for his handling of foreign policy is particularly low, at 36%.

The approval rating for Congress is far worse, crouching down at 14%, a level where it has been for several years, but disapproval in Congress isn’t split evenly across the aisle. Americans view congressional Democrats (31%) more favorably than they do congressional Republicans (19%).

The President’s dismal numbers heading into a midterm spell trouble for the Democrats but not necessarily a tidal wave like in 2006 or 2010 — enthusiasm, pollsters said, is particularly low all around this campaign season. 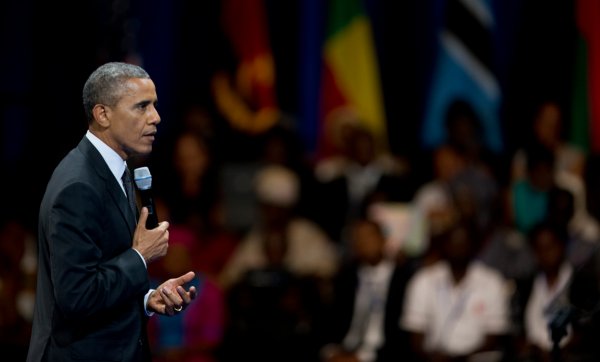 Obama Hosts African Leaders Amid Grumbling Over Record
Next Up: Editor's Pick