The Crisis of Minority Boys

If we’re to believe this Axe body spray ad, young men are incapable of controlling themselves around attractive women. Before that we had the Huggies ad campaign, ‘The Dad Test,’ which featured the all-too familiar “bumbling dad” character. That one said: We don’t even know how to change a diaper. The predecessor to that gem was a Docker’s ad that lamented the fall of old-fashioned manhood, enjoining us to heed the “Call of Manhood” and “wear the pants.” In other words, according to these ads, we need to go back to simpler times when men were men and women were women. Yet today, at a time when young men, and boys of color are falling behind, we urgently need to rethink our outdated definition of masculinity, and create new definitions of success.

This month, President Obama announced the expansion of his new My Brother’s Keeper program – a public-private effort to give minority boys access to more educational and employment opportunities. It’s an overdue national-level response to an urgent problem: young men and boys of color are trailing minority girls and white boys in high school graduation rates and reading scores, and are more likely to be suspended than white students. And their job market prospects are limited and, by nearly all measures, getting worse.

On top of that, the discussion about what low-income boys need to succeed in school, work and family life is outdated. As those ads all too clearly testify, the airwaves are full of simplistic and often unfounded assumptions about men and about gender differences. We seldom talk intelligently about just how it is that we socialize boys and men in the U.S. – and how that can affect them – and the people around them, for the rest of their lives. Though many of the challenges that minority boys and young men face in this country are structural – the result of lack of access to quality education, stable caregiving environments, and exclusion from the workplace – they are also about how we raise boys of all ethnic groups.

For years, we’ve been debating about the “problem with boys,” and why girls are speeding ahead of them. Too often, conversations are focused on the idea that boys are inherently different from girls and need to be taught to be more masculine, or that there is a “masculine” way of learning. That boys need books with stories involving explosions and guns, superheroes, rugged individualism and survival skills while girls need the social skills to juggle work and family.

Then there are those (including apparently those who wrote the Dockers ads) who argue that feminism has disempowered boys – that girls, female teachers, feminine curricula, feminists, mothers, and female politicians are to blame for the faltering men. We are trying to turn our boys into girls, according to claims from a newly emerging “male studies” movement and a recent conference in Detroit.

Campaigns and movements like these are causing big problems. Data from the United States and the rest of the world suggest that the problems of suicide, poor educational achievement, delinquency, crime, violence (both against other men and against women), and poor physical health lie in part at least with boys and men trying to live up to exaggerated, straight-jacket definition of what it means to be a man. Indeed, rather than trying to encourage boys and men to be stereotypically male – physically tough at all costs, emotionally stoic, and autonomous – we need to help them understand and appreciate that close relationships, empathy and the ability to get along with others are key to their survival. We need to raise them to be boys and men who seek help when they need it, who provide help when needed, who connect to each other, and who can feel masculine without using violence or dominating others.

This can be even more challenging for low-income boys of color. We know that low-income young men in many parts of the world sometimes find a sense of identity and respect in gangs and similar groups when they don’t find it in school or the workplace. With multiple variations around the world, we see that being tough, aggressive, belonging to a gang or violent group, having lots of sexual partners and no commitment to their children is a way to project a version of “real manhood” when other ways – work and education – are cut off. This doesn’t excuse the behavior of angry young men. It explains it.

Take a young man I interviewed in favela, or slum, in Rio de Janeiro. “Work isn’t everything but it’s almost everything,” he told me. “If you have work, everybody leaves you alone and you’re cool. No, work, man, and you’ll do anything.”

We know what the “anything” is and the harm it brings. Globally young men ages 15-24 are the group most likely to carry out lethal violence and to be victims of it. Nearly 30 percent of men of color will have some encounter with the justice sector, and many of those will spend time in jail or prison. And we know that education and meaningful work must be the centerpiece of efforts in the U.S. and elsewhere to end the harm.

But let’s not forget about the boyhood behind the boys. Let’s think about the brotherhood in My Brothers Keeper. The media bombard boys of all backgrounds with versions of aggressive, sex, money and power-at-all-costs images on the internet, in music, in our homes, and on our playing fields.

As we think about minority boys, we must also engage the media, parents and schools in teaching new versions of manhood – versions not based in violence and success-at-any-cost but based in respect, non-violence, connection and caring. This can include programs like “Gender Matters” in Austin, Texas, in which boys and girls question harmful ways we’re taught to be women and men as part of a summer youth employment training program. Or “Coaching Boys into Men”, in which coaches teach boys that manhood is not about disrespecting women or bullying their teammates. As we empower girls and women to succeed in education and the workplace, let’s think about the kinds of men we want our boys to become.

Gary Barker, Ph.D., is founder and International Director of Promundo, an international organization with offices in the United States, Brazil and Portugal and representatives in Rwanda and Burundi, that works to engage men and boys in gender equality and ending violence against women. 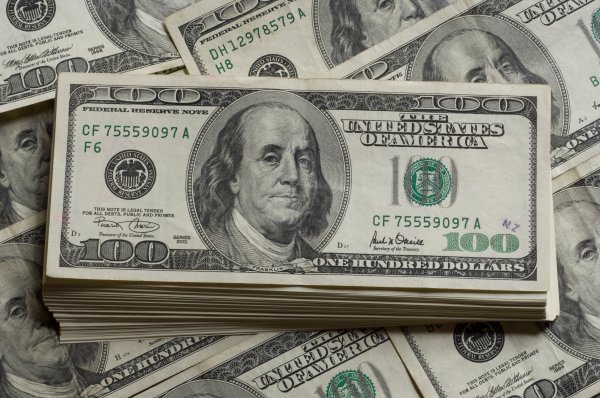