Most consumers associate Under Armour with the tight-fitting shirts that wick away football players’ sweat. But with its new “I Will What I Want” ads, Under Armour is trying to rebrand itself as gear that can empower female athletes, whether they’re playing soccer or taking a Pilates class.

Right now those women are turning to brands like Lululemon and Nike for their gear. To compete with those giants, Under Armour is launching the largest campaign aimed at women in its history, costing a total of $15 million. The company kicked off with a feel-good ad featuring a ballerina that went viral and racked up 4 million views in just one week.

The spot begins with a voiceover of a rejection letter: “You have the wrong body for ballet.” Ballerina Misty Copeland defiantly leaps in the air, ending with the Under Armour tag: “I will what I want.”

“I think every woman has her version of that rejection letter,” says Copeland. Though she did not receive that exact epistle, she believes it encapsulates the feedback she has received in her career. “Like many women, I was told that I wasn’t good enough and that I couldn’t succeed, but I willed myself to where I am now. I think that’s a message that resonates with all women. Success isn’t handed to us: we earn it.”

The inspiring message in her ad and those of the other athletes in the campaign—Olympic skier Lindsey Vonn, tennis player Sloane Stephens and soccer player Kelley O’Hara—picks up on the growing debate about shattering the glass ceiling. And by reading a list of Copeland’s supposed imperfections aloud at the beginning of the spot, Under Armour builds on popular campaigns from companies like Dove and American Eagle who aim to shatter body image stereotypes.

Copeland, 31, doesn’t fit the stereotype that most people have of a ballerina: tall and wafer-thin. She’s only 5’2″, has a large bust and insanely defined muscles. Her chiseled form is heavily featured in the commercial: she dances not in tights and a tutu but in a tight cropped shirt and underwear as the camera zooms in on her strong calves. Raised by a single mother in California, Copeland started dancing at 13–late by ballet standards–and was told as a young ballerina that she didn’t have the right body for the profession. But what she lacked in experience, she made up for in the kind of jaw-dropping talent that had her winning major dance contests within a few years of her first ballet class. She went on to become the third African-American female soloist in the American Ballet Theater’s history.

“It’s important to show athletic women, and the broader public, that both inner and outer strength is something that should be celebrated,” Copeland says of dispelling misconceptions about the ideal ballet body. “I’m grateful for the opportunity Under Armour has given me to show people the intense training and dedication that goes into ballet.”

Choosing Copeland also has the more practical purpose of positioning Under Armour as a competitor to the popular brands for yoga, dancing and spinning gear. Like the women who Under Armour hopes to target, she’s not an on-field, on-court athlete, but still has a strong body.

“It was a deliberate choice to feature Misty as someone who bucks the conventional definition of athlete and ushers in a new idea of what it means to be an athlete for Under Armour women,” says Leanne Fremar, the executive director of the women’s division at Under Armour.

Rebranding could mean big bucks for the company. Yoga wear company Lululemon Athletica had a net revenue of $1.6 billion for the 2013 fiscal year. Under Armour—whose annual net revenue (including both its men’s and women’s lines) is around $2 billion but makes only about 30% of its sales to women—wants to capture part of Lululemon’s market. “The women’s business could be as big if not bigger than the men’s business is,” says Fremar.

But to do that, Under Armour must advertise itself as both durable and fashionable: the growth of Lululemon has been built by women wearing the brand’s leggings as casual wear as well as in the yoga studio. Under Armour’s began that endeavor by hiring of Fremar, who was formerly the creative director at the high-end fashion brand, Theory. The company has since increased its presence in department stores and made deals with Gilt, a flash-sale website popular among women. In doing so, the company is following Nike’s model, which has heavily promoted its stylish sportswear: recently Nike has been monopolizing Net-A-Sporter, a sportswear spin-off of high-end retail website Net-A-Porter.

The Misty Copeland empowerment campaign is the capstone to Under Armour’s women-focused efforts. The company is launching the ads when competitor Lululemon is at its weakest. This past year, Lululemon’s numbers dropped 35% year-to-date after the company had to recall its too-see-through yoga pants and when its CEO Chip Wilson made controversial comments about the size of its ideal female consumers. (Wilson has since stepped down.) Just after Wilson shamed women’s bodies, Under Armour is bolstering women’s self-image. 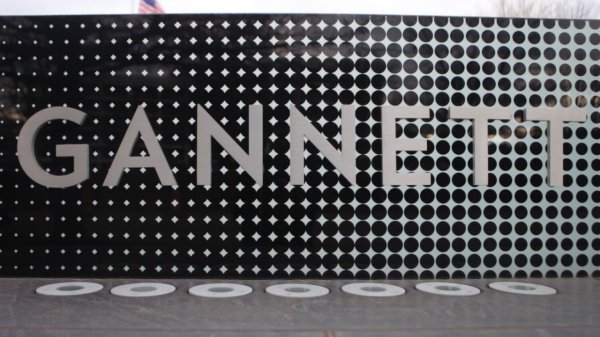 Gannett To Split Print and Broadcast/Digital Divisions
Next Up: Editor's Pick