Verizon: Slowing Data Speeds for Some Users Is Necessary

Verizon has defended its policy of slowing data speeds for some users after receiving stinging criticism from the Federal Communications Commission.

After receiving a letter from the FCC condemning the policy last week, the telecom company said slowing speeds—known as “throttling”—for heavy users of unlimited data plans during high traffic periods is necessary to ensure network quality, according to the Wall Street Journal.

The FCC’s letter followed Verizon’s July 25 announcement that under its “network optimization policy,” customers with 4G LTE devices on unlimited data plans who are in the top 5 percent of data users “may experience slower data speeds when using certain high bandwidth applications.”

“It is disturbing to me that Verizon Wireless would base its ‘network management’ on distinctions among its customers’ data plans, rather than on network architecture or technology,” wrote FCC chairman Tom Wheeler. “I know of no past Commission statement that would treat as ‘reasonable network management’ a decision to slow traffic to a user who has paid, after all, for ‘unlimited’ service.”

But Verizon, whose CEO Daniel Mead was “very surprised” to receive the FCC’s letter, was unapologetic in its reply to the FCC’s request that it explain its rationale behind throttling. Part of the FCC’s criticism suggested that throttling may be incentivizing customers to move to usage-based plans that would ultimately benefit Verizon. Verizon, however, disagrees.

“Unlike subscribers on usage-based plans, [heavy users on unlimited data plans] have no incentive not to do so during times of unusually high demand,” Kathleen Grillo, senior vice president of federal regulatory affairs at Verizon, said in the letter. “Rather than an effort to ‘enhance [our] revenue streams,’ our practice is a measured and fair step to ensure that this small group of customers do not disadvantage all others in the sharing of network resources.”

Verizon’s throttling policy dates back to 2011, when heavy data users’ speeds on the telecom’s 3G network were slowed to ensure equal access to network resources—a policy that’s “been widely accepted with little or no controversy,” Grillo wrote.

The practice of throttling has raised questions about what it means to subscribe to an “unlimited” data plan. AT&T also throttles speeds for some users grandfathered into its now-discontinued unlimited data plans, and in 2012, AT&T settled a lawsuit from a user upset about his slowed data speeds despite paying for uncapped data usage. Even former FCC Chairman Michael Powell has suggested limiting data speeds isn’t actually about network optimization, saying data caps on usage-based plans—increasingly common as wireless carriers slash unlimited plans—are instead about fairness among users and “how to fairly monetize a high fixed cost.” 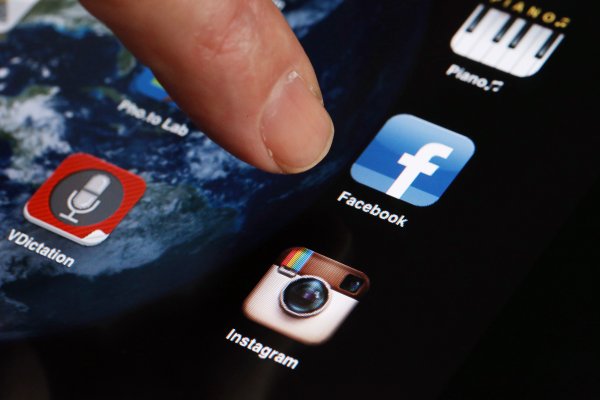 Sprint Is Offering Super-Cheap Data Plans for Only Accessing Social Media
Next Up: Editor's Pick