Behind British Minister of Faith Sayeeda Warsi's Resignation Over Gaza

Sayeeda Hussain Warsi, British Senior Minister of State at the Foreign and Commonwealth Office and Minister for Faith and Communities in Islamabad, Pakistan on October 10, 2013.
T. Mughal—EPA
By Elizabeth Dias

Politicians don’t often quit out of principle. They especially do not quit out of moral principle. But, on the rare occasion that they do, it is dramatic.

That’s what happened Tuesday morning, when Sayeeda Warsi, the United Kingdom’s first Minister of Faith and the first Muslim to serve as a Cabinet minister, resigned in protest of her government’s approach to the crisis in Gaza. “For some weeks, in meetings and discussions, I have been open and honest about my views on the conflict in Gaza and our response to it,” she wrote in her resignation letter to Prime Minister David Cameron, which she posted on Twitter. “My view has been that our policy in relation to the Middle East Peace Process generally but more recently our approach and language during the current crisis in Gaza is morally indefensible, is not in Britain’s national interest and will have a long term detrimental impact on our reputation internationally and domestically.”

Cameron replied in a statement, thanking her for her work and regretting her decision. “Our policy has always been consistently clear–the situation in Gaza is intolerable and we’ve urged both sides to agree to an immediate and unconditional ceasefire,” he said.

At first glance, one might assume that this story is simply “Muslim minister resigns over U.K. support for Israel.” Warsi is, after all, the first Muslim to serve in so high a position, and soon after her resignation, she called for an immediate arms embargo against Israel in an interview with the Huffington Post UK.

But that’s almost certainly too simplistic an understanding of what happened. Warsi has built her professional career on a foundational principle that religious and historic divides do not necessitate irreconcilable divisions or violence. She made it her mission to help create a government that, as she often said, would “do God” and advocate for faith’s place in society. That meant working for people of all faiths. She spoke out against Islamophobia and worked to make sure British government was inclusive for Muslims. In 2012 she let the U.K.’s largest ministerial delegation to the Vatican. Last year she came to Washington, DC, to speak out against the global persecution of Christians. One of her main goals was to encourage the international community to develop a cross-faith, cross-continent commitment to protect Christian minorities. Religious persecution, she told me at the time, is the biggest challenge of the 21st century. “It is about working up the political will,” she said. “It is about getting some consensus, it is about politicians being prepared to take on these difficult challenges.”

Her personal faith story is also one that bridges divides often thought to be unbridgeable. She is the daughter of Pakistani immigrants and grew up in a Muslim family with a blended theological background that included both Shias and Sunnis. “We were taught to respect and love other faiths as much as we loved our own, and I suppose, you know, quite strong teachings that you can only truly be a Muslim if you also are Christian and Jewish before that, that actually Islam is just an extension of the other faiths and it has been a process where various books have been revealed at various times,” she told me. “I don’t see there is a collision course between people of faith, I actually do think it is instinctively based up on the same values.”

Her whole story is rooted in commitment to a higher calling. It makes her decision to resign is all the more dramatic, and it sends a strong statement that political will requires moral courage. “I always said that long after life in politics I must be able to live with myself for the decision I took or the decisions I supported,” she said in her resignation letter. “By staying in Government at this time I do not feel I can be sure of that.”

She may have resigned, but that does not mean her voice has been silenced: it may be louder as a result. 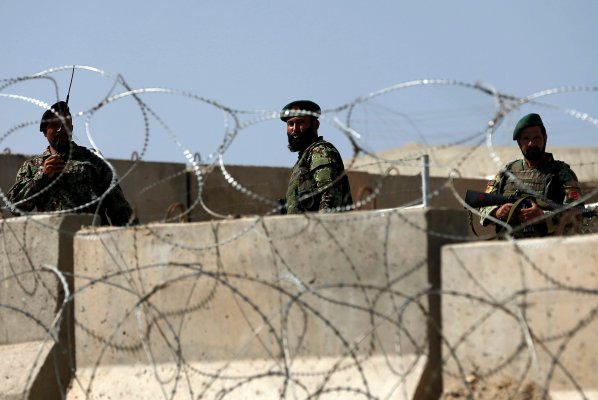