Obama Hosts 51 African Leaders Amid Grumbling Over His Record

President Barack Obama speaks to participants of the Presidential Summit for the Washington Fellowship for Young African Leaders in Washington on July 28, 2014.
Manuel Balce Ceneta—AP
By Jay Newton-Small

Barack Obama came to office representing the hopes and dreams of an entire continent. His father, after all, came to America not in the cargo hold of a slave ship hundreds of years ago, but on an academic scholarship from his native Kenya in 1954: for many on the African continent, Obama was the cousin who’d made it big in America. His election was a symbol of hope, and that maybe help was on the way.

Obama stroked those expectations and rapture with the reissuing of his book in 2005, Dreams from My Father, and with a triumphal African tour in 2006, which sparked the first speculation that he might make a bid for the White House. But in his first term in office, Obama visited Africa only once, stopping at the tail end of his first international trip in Cairo deliver his speech launching “A New Beginning” with the Arab world and spending 24-hours in Ghana where he outlined the four themes upon which, he said, the future of Africa would depend: democracy, opportunity, health and the peaceful resolution of conflict.

Those four “pillars,” as he called them, went all but neglected for the next four years as Obama’s attention swung from domestic priorities like health care reform to crises in Syria, Ukraine and Iraq. So, now, as Obama turns an eye to legacy, he is hosting 51 African leaders at the White House this week for a summit. But legacy requires achievement, and Obama has left much undone in Africa.

To be fair, Obama had a tough act to follow. His predecessor George W. Bush created the Millennium Challenge Corporation to boost foreign aid and the Presidents’ Emergency Plan for AIDS Relief, or PEPFAR, where he invested $15 billion for AIDS drugs—a program universally credited for bringing down AIDS deaths in Africa. Bush also had a security vision for Africa, establishing military bases and a joint African command. He helped create an autonomous government in South Sudan in 2005 to stop the genocide in Darfur. And Bush expanded a free trade agreement created under Bill Clinton called the African Growth and Opportunity Act, or AGOA.

Under Obama—or, perhaps better said, the Republican cost-cutting Congress—Millennium Challenge funding has remained flat and PEPFAR has been cut from $6.63 billion to $6.42 bullion in fiscal 2013 and is expected to face another $50 million in cuts this year. South Sudan, whose independence America celebrated in 2011, fell into civil war this year after the U.S. neglected to appoint a special envoy for more than six months. And AGOA’s renewal remains stalled before a Congress full of members who want to rewrite it, or potentially kill it, much like the Export Import Bank, which finances most U.S. business on the continent.

While Obama did help intervene with NATO in Libya and sent special forces to Uganda in 2011 to hunt down the warlord Joseph Kony, who has yet to be found, Obama has otherwise taken a hands off approach militarily in Africa. In Somalia, he sent in seal team that took out an al-shabab leader but only after that group’s terrorist attack against a high-end Nairobi shopping mall attack, which killed 67 people from 13 countries. He declined to send troops into Mali with France but provided air support, but only after a terrorist attack on a gas plant in neighboring Algeria claimed the lives of three Americans.

“There were tremendous expectations,” says Carl LeVan, an African studies professor at American University, who has just written a book on Nigeria. “There were big expectations from some of the big emerging African players on the continent. What has emerge over time is an appreciation of the American presidency as a complex organization that speaks on behalf of a big country and not just one man.”

Obama second term African record has been better. Last year, he toured the continent with hundreds of business leaders in tow, touting American investment. His second national security adviser, Susan Rice, is largely credited with the U.S. intervention in Libya and has a long history with the continent, which she views as a priority. Ahead of that tour, Obama launched Power Africa, a $7 billion program to provide power to 20 million sub-Saharan Africans. He also started the Young Leaders’ initiative, which provides scholarships for young Africans to top U.S. universities.

Obama emphasizes how America’s innovation has helped Africa skip several steps of development. He points to the broad use of smart phones across the continent as evidence of how American innovation allowed Africa to skip poles and wires and still bring, not just phone service, but online global banking and Internet connectivity to the most rural of communities. America, he argued to The Economist last week, is “better than just about anybody else” at such applications of technology.

But America is no long Africa’s largest patron. As the U.S. is pivoting to Asia, Asia is pivoting to Africa. China’s investments in Africa surpassed those of the U.S. in 2010 and are now five times as big—$15 billion to U.S.’s $3 billion. China’s investment in the raw-resource laden continent is expected to reach as high as $400 billion over the next half century. While, Obama says “the more the merrier,” as he told The Economist, “my advice to African leaders is to make sure that if, in fact, China is putting in roads and bridges, number one, that they’re hiring African workers; number two, that the roads don’t just lead from the mine, to the port to Shanghai.”

To that end, Obama has a distinctly American message for African leaders. He has seized upon the conference to underline the power of democracy for emerging nations. It is not by accident that he invited so many former African leaders: a message to Africa’s many aging dictators that it’s okay to step aside and give someone else a chance. Obama has proven that he isn’t Africa’s savior, and there’s only so much he can do. “If there is any lesson regarding development and stability that has been consistent since the end of World War II and the colonial era,” says Anthony Cordesman, a top conflict analyst at the Center for Strategic and International Studies, “it is that we can only really help those states that are helping themselves.” 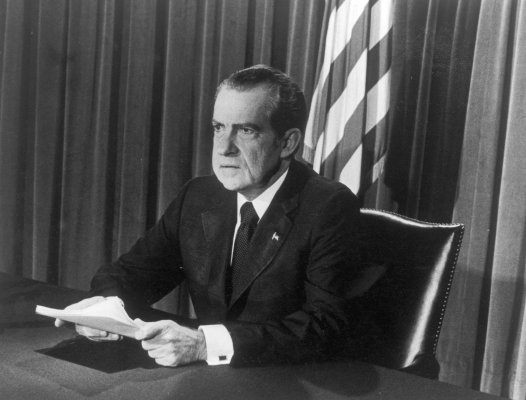