Raw and candid interview footage of Richard Nixon describing his last days in office was published by his presidential library on Tuesday, in commemoration of the 40th anniversary of his resignation.

The Nixon Presidential Library & Museum, along with the Richard Nixon Foundation, pulled more than 30 hours of largely unseen and forgotten footage from the University of Georgia archives, and culled the moments when Nixon describes, with startling candor, his fight to stay in office and painful decision to step down. The interviews took place 10 years after his resignation with his former White House aide Frank Gannon.

The first of those interview segments was released on the YouTube channel, “A President Resigns,” Tuesday, with more segments to come through Saturday. 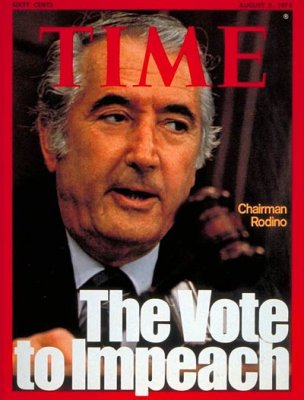 What Richard Nixon's Impeachment Looked Like
Next Up: Editor's Pick