In Bomb Gaza, a game about doing precisely what its peremptory title commands, you play as the Israeli Air Force, tapping a touchscreen to pour red-nosed bombs into a 2D multi-level landscape filled with cartoonish people wearing white robes and clutching children — meant to signify civilians — as well as others draped in black, clutching rifles, touting greenish headbands and grinning maniacally. The goal is to hit those black-garbed militants — presumably members of Palestinian militant group Hamas — while avoiding the white-clad civilians.

At some point in the past 24 hours, Google removed Bomb Gaza from its Android Play store (the game was released on July 29). It’s not clear why. Google’s only officially saying what companies like it so often say when handed political hot potatoes: that it doesn’t comment on specific apps, but that it removes ones from its store that violate its policies. The game’s dismissal comes just as Israel says it’s pulling out of Gaza in observance of a three-day ceasefire, on the heels of a month-long fight that has to date left nearly 1,900 Palestinians (mostly civilians) and 67 Israelis (mostly soldiers) dead.

It’s unclear which of Google’s policies Bomb Gaza might have infringed, but in Google’s Developer Program Policies document, it notes under a subsection titled Violence and Bullying that “Depictions of gratuitous violence are not allowed,” and that “Apps should not contain materials that threaten, harass or bully other users.” Under another titled Hate Speech, Google writes “We don’t allow content advocating against groups of people based on their race or ethnic origin, religion, disability, gender, age, veteran status, or sexual orientation/gender identity.”

Bomb Gaza isn’t the only Gaza-centric game Google’s removed: another, dubbed Gaza Assault: Code Red is about dropping bombs on Palestinians using Israeli drones. Its designers describe the game as “[bringing] you to the forefront of the middle-east conflict, in correlation to ongoing real world events.” It was also just yanked, as was another titled Whack the Hamas, in which players have to target Hamas members as they pop out of tunnels.

Politically-themed games about touchy current issues have been around for years, from depictions of deadly international situations like the Israeli-Palestinian conflict to others modeled on flashpoints like school shootings. In late 2008, a game called Raid Gaza! appeared around the time Israel was carrying out “Operation Cast Lead,” a conflict that left 13 Israelis and some 1,400 Palestinians dead. In that title, you’re tasked with killing as many Palestinians as you can in three minutes, and actually afforded bonuses for hitting civilian targets, all while listening to a version of the Carpenter’s saccharine “Close to You.”

But the game wasn’t merely a pro-Israeli celebration of violence against Palestinians, it was a pointed editorial reflection on the horrors of the Gaza conflict. As games critic Ian Bogost wrote at the time:

Other games about the Israeli-Palestinian conflict persist: There’s Peacemaker, a more serious and simulation-angled game about the conflict that its developers say was designed “to promote peace.” Another, called Iron Dome (still available on Google’s Play store), lets players intercept incoming rockets using Israel’s eponymous missile defense system. A third, called Rocket Pride (also still available on Google’s Play store), lets players provide “support for the besieged Gaza Strip” by firing rockets at targets in Israel. There’s clearly a winnowing process here, in other words, with Google favoring some apps but not others. It’s just not clear what that process is.

I haven’t played Bomb Gaza, so I can’t speak to its efficacy as either a game or an editorial commentary (or whether it was even intended as the latter). When I reached out to the game’s creator, he told me it had been “developed without any budget” and “more for fun,” and that he was “very surprised to catch such attention with it.”

But the game’s removal raises older questions that we need to keep asking: Should companies like Google remove politically charged games because passerby find them offensive? Are we overreacting to some of these games instead of taking the time to consider whether they’re intended as satirical (be it nuanced or crude, successful or misguided)? Are games that depict violence related to a current event fundamentally so different from caustic political cartoons or scathing op-eds? And should companies like Apple and Google and Amazon — and thereby the swiftly narrowing channels through which we’re acquiring more and more of our content — also be the arbiters of what’s morally tasteful? 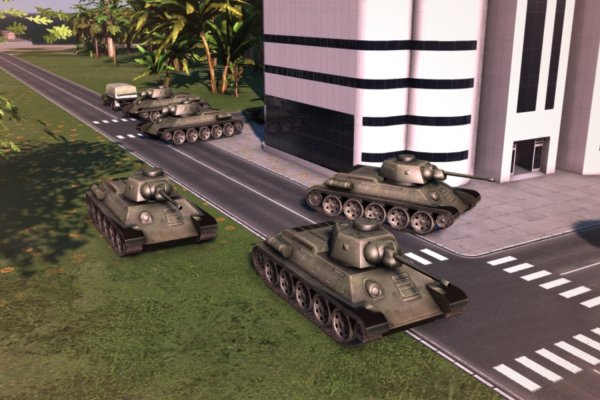