Before Aug. 5, there were no standards or regulations governing the use of gluten-free claims placed on packaged foods. As of Tuesday, however, the Food and Drug Administration determined that the claim can only be used for foods containing less than 20 parts per million of gluten.

The FDA said that the term will still be voluntary, but that companies must market foods as gluten-free “in a truthful and not misleading manner.” Any food packaging that fails to meet its requirements “will be subject to regulatory action.”

This rule is particularly meaningful to those suffering from celiac disease, who will get sick if they eat foods containing gluten. While previously wheat was labeled on foods, the AP reports, barley and rye hadn’t always been labeled.

“A decade ago, our research determined that the prevalence of celiac disease in the United States was 1 in 133,” said Dr. Alessio Fasano, Director of the Center for Celiac Research at MassGeneral Hospital, in a statement. “Even then it was obvious that patients could not safely manage their diet without better labeling requirements. The FDA has devoted years of work to make sure the standard issued today was safe for celiac patients. Our research supports that standard.”

The FDA regulation was issued in August 2013, but wasn’t enforced until a year later. 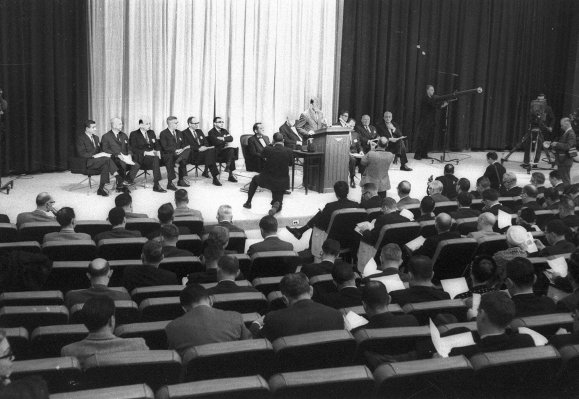 Doctor Who Contributed To Early Research on Smoking Is Dead at 95
Next Up: Editor's Pick