Seventy years after Anne Frank’s arrest, a new Arabic-language docudrama will use footage of the ongoing Israel-Gaza conflict to help tell Frank’s life story and explore the topics of her widely published diary.

Six Palestinian actresses will portray Frank, who died in a Nazi concentration camp in 1945 at the age of 15 following two years spent in hiding with her family, according to the Hollywood Reporter. Croatian director Jakov Sedlar and son Dominik will helm the film, titled What Does Anne Frank Mean Today?

“Although the closest I got to Gaza was 3 km, our Palestinian crew were in the city filming between bombardments,” the award-winning director said. “The last few scenes in the film include some real footage from the violence.”

The film mixes scenes from a production of The Diary of Anne Frank with footage of young Palestinians talking candidly about war, first love and topics that Frank wrote about as a teenager.

Sedlar said he hopes the film can foster understanding between Palestinians and Israelis.

“Art cannot change the whole world, but we can help to understand it a bit more,” he told THR. “The fact that we are doing this film in Arabic means we hope that we can do a bit to show how we must not repeat history.” 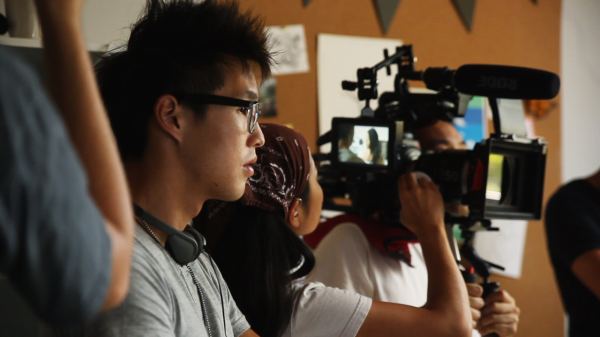