A man with a peace flag roller skates alongside the Boy Scouts of America flag bearers in the New York City Pride Parade.
Stacey Bramhall—Moment Editorial/Getty Images
By Pascal Tessier

I was just 4 years old when I went on my first camping trip with my older brother and his Cub Scouts pack. After that, I was hooked.

Scouting has been a constant part of my life since then. The Boy Scouts taught me everything from how to survive in the woods to the morals and values that shaped the person I am today. For that, and for the good times and friends I made through Scouting, I will always be grateful.

But today I have to say “goodbye.”

Today is my 18th birthday, a milestone on my path to becoming an adult and the day I am no longer eligible to be a Boy Scout because I am gay. Despite the Boy Scouts’ historic decision last year to open its ranks to gay youth, the Scouts still ban gay adults. And as of today, that means me.

In his first speech as the newly elected president of the Boy Scouts of America, former U.S. Defense Secretary Robert Gates said that, although he supports allowing gay adults in Scouting, he will not take the leadership to make change.

Gates went on to argue that ending the ban on gay adults now could lead to the Boy Scouts’ ultimate demise. “And who would pay the price for destroying the Boy Scouts of America?” Gates asked. “We must always put the kids and their interests first.”

Except kids like me, it seems. Kids who have devoted their entire adolescence to Scouting, from Pinewood Derby to Eagle badge, only to be tossed out and told that we are predators.

In allowing the Boy Scouts’ ban on gay adults to continue—not because he believes it is the right thing to do, but because he is afraid of the possible consequences of enacting a fair policy—Mr. Gates is knowingly sacrificing thousands of devoted Scouts who happen to be gay. Scouts like me.

So today, I am hoping that you, Mr. Gates, will let me convince you to stop the sacrifices.

Mr. Gates, only you have the power and experience to bring an end to the unwarranted, unjust and un-Scout like ban on gay adults. Every day that you do nothing, more boys and parents struggle with their place in Scouting, in their communities and in their families.

Openly gay adults will eventually be allowed in Scouting, Mr. Gates. As support for equality continues to grow, Americans will soon demand it. The question before you, then, is not whether the ban should end, but how many more young people like me will be a victim of your failed leadership if you do nothing.

Pascal Tessier is the first known openly gay Eagle Scout. His story has appeared in such outlets as the Associated Press, The New York Times, The Washington Post, NBC News, ABC News, TIME and more. 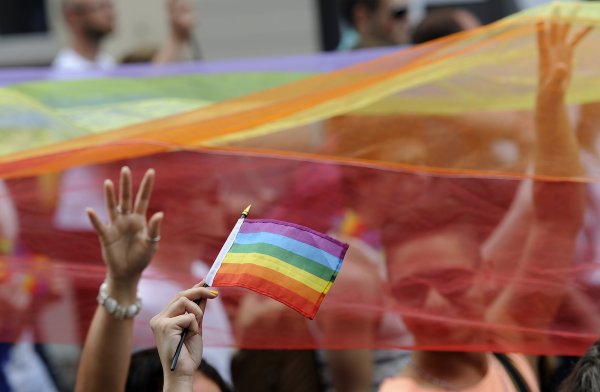 Dear Black Women: White Gays Are Your Allies, So Don't Push Us Away
Next Up: Editor's Pick