Why We Must Disarm the U.S.'s Unprecedented Nuclear Arsenal

Hiroshima Mayor Kazumi Matsui (C) speaks during the third session of the Preparatory Committee for the 2015 Review Conference of the Parties to the Treaty on the Non-Proliferation of Nuclear Weapons at the U.N. headquarters on April 29, 2014 in New York City.
The Asahi Shimbun—2014 The Asahi Shimbun
By Elaine Scarry

August 6 is the 69th anniversary of the day the United States dropped an atomic bomb on Hiroshima. The bombing of Nagasaki took place on August 9. An appropriate way to reflect on these events might be to contemplate our current nuclear arsenal and ask why it is being kept in place.

The U.S. has by far the most powerful nuclear arsenal on Earth. Our 14 Ohio-class submarines together carry the equivalent of at least 56,000 Hiroshima blasts. These ships are not a remnant of the Cold War. Eight were made after the opening of the Berlin Wall during the presidencies of George H.W. Bush and Bill Clinton.

A fleet of 12 new Ohio-class submarines is currently undergoing design and construction: the first is scheduled for completion in 2021, the last in 2035. Also underway are a next-generation intercontinental ballistic missile and a next-generation heavy bomber, land-based and air-based delivery systems initiated by George W. Bush and continued by Barack Obama.

The country’s nuclear planners do not wait for a crisis to choose possible targets. Thousands of designated targets exist right now, often involving cities whose populations have no quarrel with us. Specific missiles have been assigned to each target city.

The U.S. citizenry cannot stop nuclear missiles once they are fired. Nor can we undo injuries—to humans, animals, plants and to the earth and sky themselves—once they are inflicted. Only by acting now— before they are fired and while the danger seems remote—can missiles be stopped and the injuries cancelled.

Polls conducted at the University of Maryland’s Center for International and Security Studies show that 73% of the U.S. population wants total elimination of nuclear weapons. But anonymous polls require no courage and carry no force. Making audible the population’s voice requires that people speak in their own voices and write their names, putting their opposition on record.

We have freedom over the ways we choose to express our opposition to these weapons. We have no freedom to determine what the stakes are or what happens if opposition fails.

1. Right now we have what we may never have again: a president who, in his Prague speech, put himself on record as saying nuclear weapons have to be eliminated. Furthermore, he acknowledged that because the U. S. is the only country to have used them, we are morally obligated to take the lead in eliminating them. So far Obama has failed to act. But if the U.S. population makes its will clear, he may act.

2. Next spring the Treaty on the Non-Proliferation of Nuclear Weapons will undergo its next five-year review at the United Nations. Article 6 requires that nuclear states give up their nuclear arms. Many of the treaty signers have expressed dismay and disgust with the failure of progress on Article 6. If by April 2015 the nuclear states have—after 45 years—still made little progress, the countries that have so far abstained from acquiring them may become convinced that a nuclear-free world is impossible. The dream of non-proliferation will end.

3. We have at present an ambassador to the United Nations, Samantha Power, who has written extensively about the moral horror of genocide inflicted on Armenians, Rwandans and others. She has criticized the United States for failing to act to stop genocide. Surely our citizenry can convince her that our own nuclear architecture is the genocide-ready instrument most in need of elimination.

4. The U.S. constitution makes Congress (through the requirement for a declaration of war) and the citizenry (through the second amendment) responsible for overseeing the country’s war making. A citizenry that turns its back on this responsibility is infantilized and marooned, severed from all governance. No one can take from us the authority over the country’s defense the constitution gives us; but if we do not act on it, it’s gone.

There are ways of honoring this responsibility that most of us might find too costly. Right now, Megan Rice, an 84-year old nun, is serving a three-year prison sentence for cutting through the security fences at the Oak Ridge, Tenn. nuclear facility. She and two companions set out in the middle of the night, crossing wilderness ground for several hours before they reached and broke through the fences. They risked not just prison sentences; they risked their lives.

The U.S. arsenal has taken away the right of self-defense from all creatures everywhere. Arrangements for so vast a massacre have never before existed on Earth. These arrangements must be unmade. They will not be unmade unless each of us steps forward and insists that it happen.

Elaine Scarry, who teaches at Harvard, is the author of Thermonuclear Monarchy: Choosing Between Democracy and Doom. 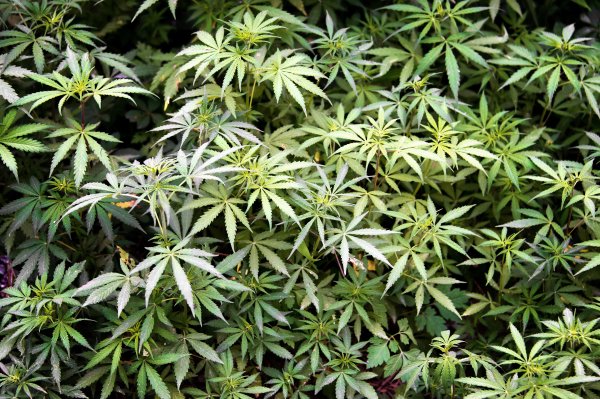 Marijuana Should Be Legal, but ...
Next Up: Editor's Pick