Certain lines in pop songs can stop you in your tracks under the right conditions. Sofi de la Torre’s “Vermillion” has one; it might hit best at dusk, outside under an artificial scatter of light: “I love these streets, but they weren’t meant for me to walk.” The Spanish singer-songwriter, now living in London, has garnered acclaim overseas — she cracked the German charts with a single from the YA-fantasy film Rubinrot (Ruby Red) — but “Vermillion” suggests both a potential crossover bid and a more introspective sonic turn.

The sound of “Vermillion” — half dream pop, half Italo disco — has a lot in common with the shimmery synth pop of Say Lou Lou (“Better in the Dark,” “Everything We Touch”) or the numbed confessions of Tove Lo (“Habits (Stay High)”), but it’s less showy than either. The original track is spare, built on an isolated kick drum, nocturnal synth throb, and little more, and captures a certain late-night, post-drink existential pathos that’s near-universal; it’s equally haunting in house remix form (by Andre Crom and Chi Tanh). Its video, shot in the parts of L.A. that resemble deserted suburbia more than neon famescape, provides an ideal evocative backdrop. 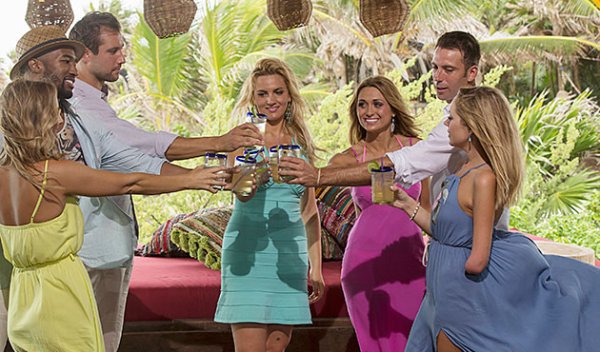 Bachelor In Paradise: What to Expect From the Premiere
Next Up: Editor's Pick