Malia Obama Is Having a Better Summer Than You

First she lands a sweet summer gig on Halle Berry’s television show, Extant, and then she catches sets from Chance the Rapper and others at Lollapalooza? Malia Obama seems to be having a much better summer than any of us.

Word of the 16-year-old’s attendance at the annual music festival spread this weekend on social media, where observers noted the presence of the Secret Service making sure she rocked out safely. “She and her guards … turned right on Balbo into a thick crowd and melted right in — no one the wiser that the eldest Obama daughter was in their midst,” the Chicago Sun-Times reports.

Clearly, some people clearly did notice. While the eldest Obama daughter said she wasn’t wasn’t allowed to pose for pictures, multiple spectators reported, that rule was obviously meant to be broken — the known selfie fan looked thrilled to be a part of one lucky concert-goer’s snapshot. 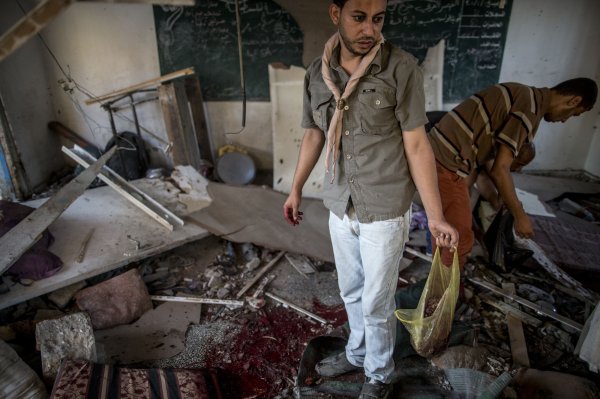 White House: Shelling of U.N. School Was 'Indefensible'
Next Up: Editor's Pick