Marijuana Should Be Legal, but ...

Yes, it’s harmful, and yes, it should be legalized.

It’s not often that the White House responds directly to a newspaper op-ed, as it did last week when the New York Times editorial board published its opinion that the federal government should repeal the ban on the production, sale and use of marijuana. The Office of National Drug Control Policy swiftly responded, reiterating its stand that it “continues to oppose” legalization.

The editorial board listed sound arguments, including the social costs of prohibition. However, the board was remiss when it effectively brushed aside what it acknowledged are the “legitimate concerns” about marijuana’s impact on the development of adolescent brains. Even supporters of legalization, of which I’m one, must not underestimate those concerns. The ONDCP was right when it said, in its response to the Times, “policymakers shouldn’t ignore the basic scientific fact that marijuana is addictive and marijuana use has harmful consequences.”

A body of research shows that marijuana causes structural and functional changes in the developing brains of adolescents. By stunting communication between brain regions, it impairs high-level thinking. There’s evidence that it impacts memory, too, and, for a small minority of kids, can trigger latent mental illnesses like schizophrenia. Also, marijuana users are more likely to suffer from clinical depression than others, though, as Ty S. Schepis, assistant professor of psychology at Texas State University, notes, “It’s unknown if pot causes depression; it may be that depressed people smoke pot.” What is known is that the often stated contention that no one gets addicted to pot is contradicted by the fact that an estimated 9% do. I once visited an adolescent treatment center where most patients between 14 and 20 were there because of an addiction exclusively to pot — anyone who says that marijuana isn’t addictive should talk to these kids. Indeed, in spite of a basketball net outside and other recreational facilities, it wasn’t summer camp; those kids had all suffered devastating consequences from their pot smoking, and most had tried to stop but couldn’t.

There are more reasons to worry that regular pot smoking could significantly impact a child’s life. The drug may cause something called amotivational syndrome, and adolescents who regularly smoke are less likely to have learned to deal with their emotions, to weather disappointments and to work through difficult times in relationships. In a number of studies, long-term marijuana users reported poorer outcomes on a variety of life satisfaction and achievement measures, including educational attainment, than nonusers.

If marijuana impedes kids’ biological and emotional development, why should it be made legal, especially when there’s evidence that legalization may increase the number of kids who try pot in the first place? First, the assumption of an uptick in use doesn’t take into account countermeasures that can and should be put into place. (Following the model of alcohol, the Times advocates a prohibition of sales to people under 21, but that ignores the research that shows that the period of adolescent brain development doesn’t end until the mid-20s.) Science-based regulations must be put in place and enforced. Next, education and other prevention strategies must accompany legalization, and they should be paid for by the savings and revenue that would come with legalization. Harvard economist Jeffrey Miron calculated that if marijuana were legalized, the government would save $7.7 billion annually in law-enforcement costs, and it could bring in an additional $6.2 billion a year if pot were taxed at rates similar to alcohol and tobacco. That’s $13.9 billion per year that could, and should, be earmarked to prevention campaigns, as well as treatment for those who become addicted.

The fact is, the illegal status of marijuana hasn’t stopped millions of kids from smoking it every day, and it may stop many from seeking help. No one should be arrested for smoking pot. Children should be educated and, if problems develop, immediately treated so they don’t escalate. People who are arrested for drug use are likely to descend into more use. Think about it. Take a child who does what so many kids do these days: she’s with friends, someone hands her a joint, and she tries it. Now she’s broken the law. If her use escalates and she winds up in the criminal-justice system, she’s entered one of the highest-risk groups for addiction. Kids punished for using are under great stress, which increases their risk. If they’re expelled from school or lose a job, their prospects are fewer. This recipe creates not only more drug use, but more dangerous use.

Until we become more effective in our prevention efforts, many kids are going to try pot. Some will smoke a lot, and some will become addicted. We must have a new conversation with them, treating drug use for what it is: a health, not a criminal, issue. We must legalize marijuana and take the decision to use or not out of the realm of morality and judgment. We communicate the message that bad kids use drugs, good kids don’t. But as a pediatrician I know put it: these aren’t bad kids; they’re our kids. We mustn’t stigmatize. Instead, we must educate and nurture them, and build their resilience so they grow up safety and healthily. 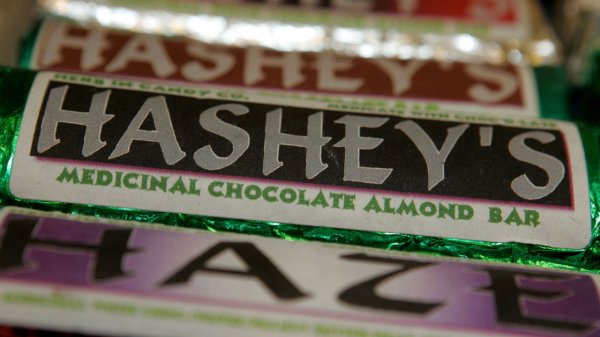