Nigeria reported its second victim of the deadly Ebola outbreak Monday, as the World Health Organization said the death toll from the virus in Africa increased to 887.

A doctor who treated a Liberian-American man who died of the Ebola virus in Nigeria was confirmed Monday to be infected with the disease, making it the second case in the most populous African country.

Nigeria’s Health Minister Onyebuchi Chukwu says there are test samples pending for another three people with symptoms of the disease who were part of the first man’s treatment, the Associated Press reports, and officials are trying to identify and isolate other people who may be at risk.

Emergence of the disease in Nigeria is cause for concern as the virus continues to spread. Health workers are at a particular risk for contracting the disease if they are not adequately protected, and it can take up to 21 days before symptoms of the infection begin to appear. There have been a total of 1,603 cases since the outbreak started in Guinea, the WHO said.

One American with the disease has been evacuated to the U.S. for treatment, and another infected American is due to arrive home Tuesday. For the basics on Ebola, check out the infographic below. 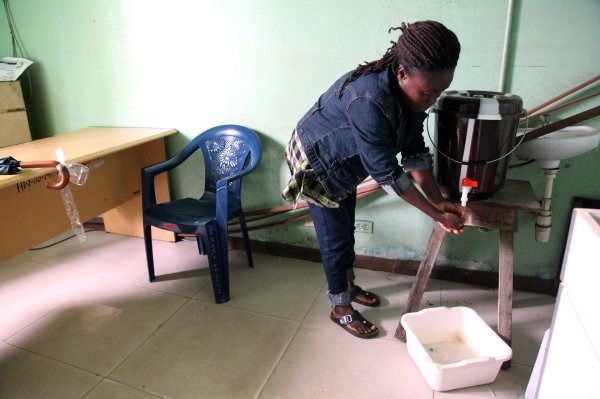 We're Getting Closer to Vaccines and Drugs for Ebola
Next Up: Editor's Pick