Pope Francis waves as he gets on his pope-mobile after arriving by helicopter in Campobasso, Saturday, July 5, 2014.
Salvatore Laporta—AP
By John Gehring

Archbishop Charles Chaput of Philadelphia broke some big news recently when he announced that Pope Francis would make his first trip to the United States next September. While the Vatican has not officially confirmed the visit, it’s widely expected the pope will attend a Philadelphia conference focused on families with possible stops at the United Nations and in Washington. This papal trip is shaping up to be a blockbuster worth watching for anyone who cares about the intersection of religion and politics.

The Religious Right has long dominated the values debate in the United States. Evangelical and conservative Catholic leaders built a formidable alliance in the 1970s and 1980s that became a major force in electoral politics. The Catholic activist Paul Weyrich teamed up with Rev. Jerry Falwell of the Moral Majority to fight liberalizing cultural trends and paved a path that helped Ronald Reagan win the White House in 1980. George W. Bush built on this model in 2000 and 2004 by operating what is often regarded as the most sophisticated religious outreach strategy in memory. His circle of Catholic advisors served as an informal kitchen cabinet during his presidency. While the old lions of the Religious Right have died or lost influence – and a new generation of progressive religious activists are finding our voice – Christian culture warriors like Tony Perkins of the Family Research Council and some outspoken Catholic bishops still shape a faith in politics narrative usually focused on a narrow range of sexual issues that overshadow Christianity’s broad social justice claims.

His first U.S. visit will take place as jockeying for the 2016 presidential elections heats up. Speaker John Boehner and Rep. Nancy Pelosi have already invited him to address a joint session of Congress. President Obama quoted him in a speech about inequality last year. While the pope is not changing church teaching on abortion and marriage, he has warned about the perils of a church perceived as “obsessed” with a few hot-button issues, and has called for a “new balance” that focuses renewed attention on the poor. His bold moral critique of global capitalism, specific challenge to “trickle-down economics” and calls to reject an “economy of exclusion and inequality” should breath new life into our values debate at a time when most Americans, especially the Millennial generation, are weary of the culture wars. The pope’s frequent appeals to respect the dignity of migrants and his description of environmental exploitation as a “sin” will surely cause heartburn for a Republican Party that has proven unwilling to act on these core moral issues.

Given that a number of Catholics may run for president – including Rep. Paul Ryan, Jeb Bush, Gov. Andrew Cuomo and Newt Gingrich – the rock-star interest in Pope Francis should help draw more attention to overlooked Catholic social teaching on living wages for workers, unions, the prudent oversight of financial markets, just tax policy and care for the environment. The Democratic Party and progressives would also do well to consider that the pope they are cheering on for his bold words on economic justice also regards abortion as part of what he calls a “throwaway culture.”

“Francis Effect” on the U.S. Church?

During the three and a half decades that Pope John Paul II and Pope Benedict XVI led the Catholic Church, a network of influential U.S conservatives — the late Fr. Richard John Neuhaus of First Things, George Weigel of the Ethics and Public Policy Center, Michael Novak of the American Enterprise Institute and Robert George of Princeton University — filtered church teaching through an ideological prism that baptized the Iraq war, made an idol of unfettered markets and radically narrowed Catholic identity to a scorecard that aligned neatly with the Republican Party’s agenda.

In tandem with Pope John Paul II’s hardline episcopal appointments, these Catholic intellectuals and activists played a decisive role in pushing the American hierarchy to the right. While Catholic bishops once helped inspire social reforms that took root in the New Deal and challenged Reagan-era economic and military policies, these days bishops are more likely to be known for opposing the Violence Against Women Act, the Employee Non-Discrimination Act, health care reform legislation that became the Affordable Care Act and breezily mentioning President Obama’s administration in the same breath as Hitler and Stalin.

The bishops’ religious liberty campaign, based in legitimate concerns about protecting the church’s vital ministries, quickly alienated even many faithful Catholics with apocalyptic references to Christian martyrs of centuries past. In a sign of how some in the U.S hierarchy view a persecuted church under siege from all sides, Cardinal Francis George of Chicago has said that while he expects to “die in his bed,” his successor would “die in prison” and his successor would likely “die a martyr in the public square.” Not exactly the hopeful Christianity of mercy and joy that Pope Francis has emphasized on his way to rescuing the church from prophets of doom who only see dark clouds gathering on the horizon.

Archbishop Chaput of Philadelphia, who will be the first to greet Pope Francis when his plane touches down next fall, is regarded as the new intellectual leader of the culture warrior camp. While Pope Francis made headlines for saying it was not his place to judge gays and lesbians, Chaput once defended a pastor for his refusal to enroll two girls, ages 5 and 3, in a Denver Catholic school after it became known their parents were lesbians. He has blasted progressive Catholic organizations as “doing a disservice to the church,” and in the 2004 presidential election emerged as one of a small cadre of bishops who argued that a candidate’s position on abortion should trump all other issues for Catholic voters.

“There is no question U.S. bishops are the most difficult team Pope Francis has to work with because sociologically and culturally they are in a different place than how he understands the church,” Massimo Faggioli, a Vatican analyst and theology professor at the University of St. Thomas in Minnesota, told me.

It remains to be seen whether U.S. Catholic bishops will take up Pope Francis’ vision for a “church for the poor” that is “bruised, hurting and dirty” because its in the streets. The silent majority of moderate bishops uneasy with having the microphone dominated by the episcopal equivalent of the Tea Party should become more emboldened in the Francis era. San Francisco Bishop Robert McElroy offered what amounts to a roadmap back to relevance and respect for bishops when he wrote an essay in the Jesuit-edited magazine America arguing that Pope Francis’ emphasis on poverty and inequality “demand a transformation of the existing Catholic political conversation in our nation.”

Cardinal Sean O’Malley of Boston, now the most influential American Catholic because of his role on the pope’s council of cardinals tasked with reforming church governance, could also play a key role in helping communicate more effectively that Catholic opposition to abortion should never be viewed as a single-issue theology that blesses one political party. Instead it is part and parcel of the church’s respect for the sanctity of all life – the migrant, the prisoner on death row, the child in extreme poverty, the dying and the disabled. In a homily before the annual March for Life in Washington, O’Malley described poverty as a “dehumanizing force” and insisted “the Gospel of Life demands that we work for economic justice in our country and in our world.” In April, when the cardinal led a delegation of bishops to the U.S.-Mexico border to bear witness to the suffering and death caused by a broken immigration system, he called comprehensive immigration reform “another pro-life issue.”

Pope Francis is making his first trip to the United States to attend the World Meeting of Families, an event launched by Pope John Paul II in 1994. This is a unique opportunity to have a much better conversation about families that moves past the usual culture war flash points.

While some conservative religious leaders view civil same-sex marriage for gays and lesbians as the greatest threat to families today, the real strains keeping parents up at night are economic insecurity and the absence of effective social supports. “Family values” gets plenty of lip service from politicians on the left and right, but the United States lags behind most of the developed world when it comes to policies that help strengthen families.

The U.S. is one of only three countries to offer no paid maternity leave, according to a new report by the United Nations’ International Labor Organization. Only 12 percent of U.S. workers have access to paid family medical leave through their employees, according to the National Partnership for Women and Families. Nearly 40 million working Americans don’t even have a single paid sick day. Other nations help subsidize the cost of childcare, but here families are pretty much on their own and struggle to find and pay for quality care. Efforts to give the federal minimum wage a modest boost to $10.10 an hour are going nowhere in a Republican-controlled House filled with conservatives who proudly wave the “family values” flag.

Pope Francis understands that talk is cheap. Families need more than lofty rhetoric. Serving human dignity and the common good means putting real meat on the bones of our values. “A good Catholic meddles in politics,” the pope said during one of his daily homilies.

John Gehring is Catholic program director at Faith in Public Life, an advocacy group in Washington, and a former associate director for media relations at the U.S. Conference of Catholic Bishops. You can follow him on Twitter at @gehringdc. 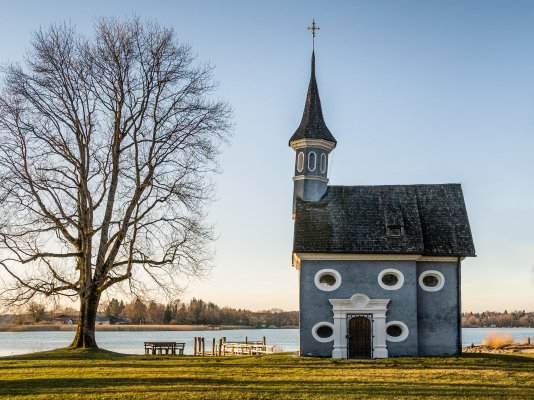 I Want My Christianity Back – Without the Ugly Baggage
Next Up: Editor's Pick