This Map Shows the Wealthiest Person In Each State

Ever wonder what it would be like to be the richest person in the state? A new map compiled by real estate firm Movoto shows that it means radically different things depending on where you live.

The richest person in Alaska, investor Robert Gillam, is worth nearly $700 million. While that’s an impressive sum compared to the average American, it’s a less than 1 percent of the net worth of the wealthiest person in the state of Washington—Microsoft founder Bill Gates. Alaska joins Delaware, Maine, and North Dakota as the only billionaire-less states.

There are a couple of families that occupy spots in multiple states. Members of the Walton family, whose late patriarch Sam Walton founded Walmart, take the top spots in Arkansas, Texas and Wyoming. The billionaire industrialists, political donors, and philanthropists David and Charles Koch are worth around an estimated $40 billion each, making them the richest people in New York and Kansas, respectively. Their company, Koch Industries, is the second largest privately-owned corporation in the United States.

The map also highlights a big gender gap. A woman in the wealthiest person in nine states, with Wyoming’s Chrissy Walton topping the list at more than $35 billion.

Oracle founder Larry Ellison (California) and eBay Pierre Omidyar (Hawaii) are among the relative few tech billionaires. The map includes those who earned their billions through bricks and mortar, such as John Menard of Wisconsin, worth $7.5 billion, who founded the Menard’s home improvement chain, and Kentucky’s Bradley Hughes, better known as B. Wayne, who turned a self-storage business into a $2.2 billion fortune. 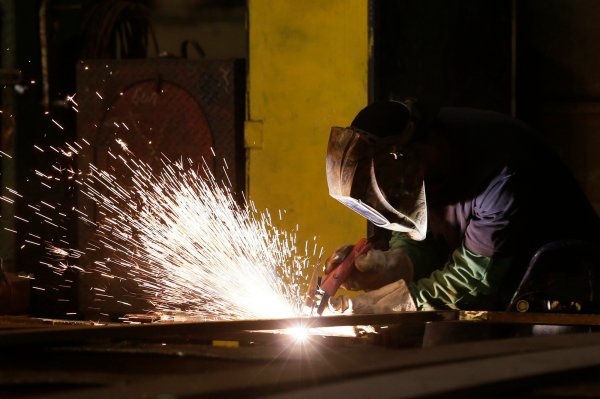 U.S. Economy Bounces Back With 4% Growth
Next Up: Editor's Pick