American disc jockey and rock 'n' roll promoter Alan Freed plays himself in the film 'Go, Johnny, Go!', directed by Paul Landres in 1959. Freed's ashes will be removed from the Rock and Roll Hall of Fame and Museum in Cleveland, Ohio on Tuesday, August 5, 2014.
Archive Photos&mdash;Getty Images
By Melissa Hellmann

The ashes of music legend Alan Freed, the DJ responsible for coining the term “rock ‘n’ roll,” will be removed from the Rock and Roll Hall of Fame and Museum in Cleveland, Ohio.

Freed’s son, Lance Freed, told local news that he was asked by the museum’s executive director, Greg Harris, to pick up the ashes because visitors “scratch their heads and can’t figure out what this thing is.”

Harris told CNN that museums these days preferred exhibits that told a story. “The museum world is moving away from exhibiting remains,” Harris said. The display case will instead hold a pair of Freed’s microphones.

Freed, who hosted a Cleveland radio show in the 1950s, introduced R&B to white audiences at a time when music was segregated on the airwaves as well as at live venues throughout the country. He called the music “rock n’ roll” and hosted what is believed to be the first major rock concert, the Moondog Coronation Ball, in Cleveland in 1956.

His efforts to popularize rock ‘n’ roll and to close the racial divide in the music industry boosted Cleveland’s music scene, and his influence was one of the reasons that Cleveland was chosen as a home for the museum.

Freed’s urn might need to find a new resting place after it’s third move since the DJ’s death, but Harris makes clear that the removal doesn’t diminish Freed’s impact on music history.

“Freed is incredibly important to us,” Harris told local media. 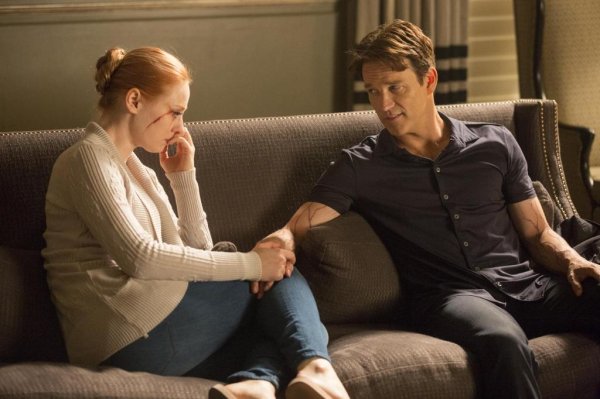 [RECAP] True Blood Watch: 'May Be The Last Time'
Next Up: Editor's Pick