Health Fad of the Week: The Real Scoop on the Ice Cream Cleanse

Our first deep dive is into the world of the Ice Cream Cleanse, which Brent Rose at Gizmodo and his anonymous girlfriend tried–and lived to write about. They even lost weight, as did another writer at Splash Magazine who tried the creamy diet.

When I heard about an ice cream cleanse–eating five pints of ice cream a day over four days–I thought it had to be a joke (but secretly hoped it wasn’t). Unfortunately, I live very far from Venice, California, home to Kippy’s and the geniuses behind the fad, so trying it didn’t actually come to fruition. I did however, have a nice long chat with the two women who developed it, raw ice cream connoisseur Kippy Miller and yogi Guru Jagat.

Miller has been making raw ice cream and selling it to vendors like Whole Foods for five years. She opened Kippy’s Ice Cream Shop in Venice this past July. The ice cream is 100% raw (meaning nothing is heated or cooked), organic, and vegan. Miller imports coconuts from Mexico and ferments them for five days, turning them into a coconut yogurt. She then sweetens the yogurt with raw honey. “You’re getting a probiotic and a raw fat,” Miller says. “We need more raw products to replenish our gut and help our digestion and our immune system.”

Right next door to Kippy’s is RA MA Institute, a Kundalini yoga studio led by Guru Jagat, Miller’s cleanse co-creator. Kundalini yoga is sometimes referred to as “the yoga of awareness” and is meant to work the body, mind, and spirit. The ice cream diet follows a strict regiment of Kundalini (which Gizmodo writer Rose didn’t follow, Miller points out). “It’s a double whammy of detoxification,” Miller claims, even better than the effects she’s seen when the ice cream diet is coupled with Bikram yoga.

The cleanse starts with a raw coconut cream flavor in the morning, followed by an orange creamsicle, then dark chocolate with Himalayan sea salt, “master cleanse” (lemon and cayenne), and finally “super food” (bee pollen, cinnamon, raw honey). Each pint of ice cream serves a specific purpose. For example, the vitamin C from the orange eaten with a fat like ice cream means the body absorbs more nutrients, and the sea salt provides the body with iodine that’s good for the thyroid.

Jagat and Miller say the cleanse will detoxify your organs. “Day one, we are starting with the colon and the lower intestine,” Jagat says. “The first day we work specifically to loosen up anything that’s lodged in there. Most people are dealing with some level of constipation, so we do colon and low-intestine type work.”

“Raw coconut cream along with the exercises of yoga–to be blunt–takes old fecal matter and plaque out of colon” Miller adds.

Rose and his girlfriend definitely noticed some intestinal rumblings on their first day:

Kippy’s ice cream is unsurprisingly packed with saturated fat: 32 grams in a pint of Truly Raw Coconut. And remember, ice cream cleansers are consuming five pints in a single day, so that’s about 160 grams a day–820% of your recommended daily amount of saturated fat. Miller points out that there is significantly less honey in her cleanse pints than in their dessert flavors.

I called up nutritionist Keri Gans, author of The Small Change Diet, to help sort fact from fiction with this ice cream cleanse. She was skeptical at best. “There’s inconclusive evidence about the health benefits of the fat from coconut. However, it is rich in saturated fat, and saturated fat is linked to heart disease, plain and simple,” Gans says. Some experts argue that not all saturated fat is created equal, and that coconuts and coconut oil have great benefits. But it’s a matter that’s still up for debate.

Here’s how Kippy’s other claims break down:

Honey is still sugar, and that just means extra calories, says Gans. It’s also considered added sugar, not natural, which makes a difference. “Is there a little value to honey? Yes, but the bottom line is that it’s sugar just by a different name.”

Your body will release heavy metals, plastics, and other toxins during the cleanse.

Our liver is constantly working to detox our body. “It filters our blood every single day and removes toxins from it,” says Gans. We don’t need cleanses to do this for us.

Alas, eating ice cream–even the raw and vegan kind–to lose weight and clear your system is too good to be true. “I won’t doubt is that it might taste very good and not seem like torture,” says Gans. But just because you might not feel terrible after the first round, doesn’t mean you should try it again. “Four days, ok, not the end of the world. But we all know that with the cleanses, if people see success, they keep going.” 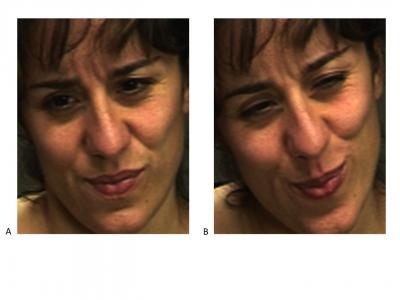 The Computer Can Tell When You're Faking It
Next Up: Editor's Pick