Study: Women More Likely to Be Lied to in Negotiations Than Men

Women who think they’re getting a worse deal in negotiations because of their gender have new scientific evidence to back up their suspicions.

Women are perceived as easier to mislead, and are more likely than men to be lied to during negotiations, according to a recent study from researchers at the University of California, Berkeley, and the University of Pennsylvania.

“We found that in the role play, people were significantly more likely to blatantly lie to women,” the study’s lead author, Laura Kray, told Slate about one of the experiments. “To women, for instance, the buyer’s agents would say, ‘They will be luxury condos,’ but to men, they would say, ‘I can’t tell you.’”

Both men and women lied to women more often than men. In one experiment in the study, 24% of men said they lied to a female participant, but only 3% of men admitted to lying to a male participant in the exercise. Women lied to men 11% of them but lied to other women 17% of the time.

One of the study’s experiments showed that part of the reason women are lied to more often is that they’re perceived as being less competent but warmer than men in negotiations. The warmer a woman’s personality was in the study, the more she was expected to be easily fooled. But these aren’t exactly secrets — participants in the study, when speculating about other negotiators’ ethics, reported that they believed women were more likely to be lied to in negotiations.

“People are aware of stereotypes, and use them to their advantage when they’re motivated to do so,” Kray said. 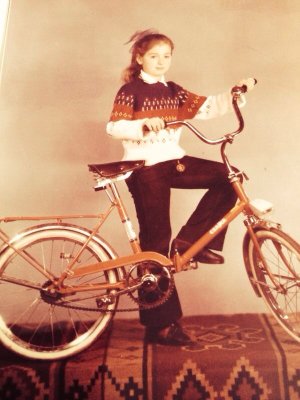 My Gender-Neutral Childhood: Lessons in Raising Girls Who Succeed in Tech
Next Up: Editor's Pick