Ectoplasm, meet estrogen. Though there have not been any official negotiations, Bridesmaids director Paul Feig is reportedly in talks with Sony about rebooting the Ghostbusters series with female leads.

The movie will not be Ghostbusters 3 or a direct sequel to the 1980s films, Variety reports. The status of Ghostbusters 3 is currently unknown after Ivan Reitman, who directed the original films, dropped out of the project earlier this year. Dan Aykroyd has long wanted to make the third film, though former co-star Bill Murray hasn’t been so keen on participating in the past. A third member of the original Ghostbusters, Harold Ramis, died earlier this year.

It’s unclear when this hypothetical Feig-helmed Ghostbusters reboot would be expected to hit theaters, as the director has a number of upcoming projects, including the Melissa McCarthy comedy Spy in 2015 and various scripts in the works at Fox. Sony would not comment to Variety on the alleged talks.

But if a #GhostbustersReboot meme takes off a la #TrueDetectiveSeason2, there will be enough hypothetical dream casting to keep fans busy until whenever it arrives. 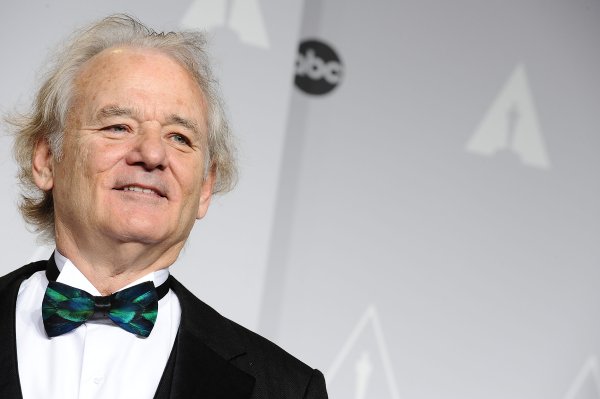 Bill Murray to Voice Baloo in Disney's The Jungle Book
Next Up: Editor's Pick