Young girls interested in science finally have some encouragement from LEGO.

The toy company is selling a new kit, the Research Institute, which features women in various STEM (Science, Technology, Engineering and Math) jobs: a paleontologist, an astronomer and a chemist.

According to LEGO, the set was conceived by geoscientist Ellen Kooijman as a part of the LEGO Ideas series, sets that “are based on fans’ ideas voted up by the community, and have been chosen for release.”

As i09 notes, the addition comes a few months after a letter from a 7-year-old girl complaining about the opportunities for female figurines went viral.

“All the [LEGO] girls did was sit at home, go to the beach, and shop, and they had no jobs,” Charlotte wrote, “but the boys went on adventures, worked, saved people, and had jobs, even swam with sharks.”

Unfortunately for Charlotte, there are no sharks at the Research Institute, but there are dinosaur fossils, which are just as cool. 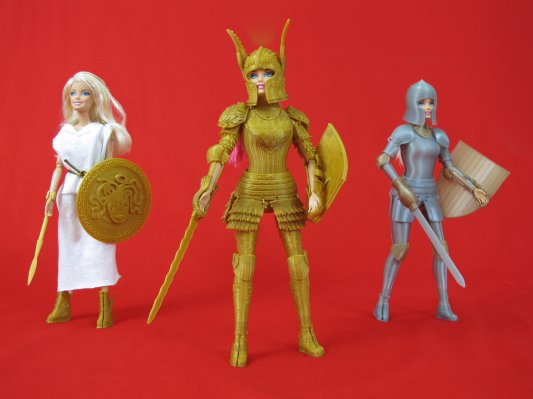 Your Barbie Can Now Slay in a Suit of Medieval Armor
Next Up: Editor's Pick