A Lone Madman or a Broken System?

With the U.S. war effort in Afghanistan already at unprecedented lows, the news on March 11 threatened to push U.S.-Afghanistan relations to a new crisis: a U.S. Army staff sergeant stationed in southern Kandahar, a married father of two children, had allegedly shot and killed 16 civilians during a harrowing house-to-house killing spree.

American and Afghan authorities are scrambling to ensure this tragedy does not derail the planned departure of NATO forces in 2014, and it is smart to keep looking forward, but we must not flinch from looking back as well: every war crime committed by U.S. forces calls for an examination into how the tragedy could have been prevented.

If the allegations prove true, there is, of course, nothing that can absolve the soldier of the personal responsibility that is his and his alone for the cold-blooded murder of even one innocent person, let alone 16. But let us hope that the military has the courage to investigate not just the crime but also the atmosphere — in Army parlance, the “command climate” — in which a crime like this could have taken place.

An unsigned editorial in USA Today on March 13 read, “In all probability, the weekend slaughter of 16 innocent Afghans by an American soldier will turn out to have been no more preventable than last month’s shooting of five Ohio high school students by a classmate.” But the premise of the comparison is faulty: the Army is nothing like general society. The Army is a uniquely regimented subsociety whose members are observed and directed by superiors virtually every waking hour of every day. Likewise, the mass shooting in Ohio, while a tragedy, is not something that jeopardizes global stability, while the massacre of Afghan civilians by a U.S. serviceman most definitely is. For these reasons, the military hierarchy is more responsible for the failure of one of its own than broader society is when a citizen commits a similarly heinous crime. I suspect we may learn in time that this crime could have been prevented at several junctures.

(MORE: Rising Anger over an American’s Rampage, but Also Fear of U.S. Departure)

Two aspects of the crime deserve particular attention in determining whether there is more to the story than a single crazed gunman suddenly snapping. First: what the Army knew about the soldier’s mental state and when it knew it. This soldier was four months into his fourth deployment in a decade. Senior Defense officials told NBC News that the soldier had no history of behavioral problems but also acknowledged that in a previous deployment in Iraq he had suffered a traumatic brain injury (TBI). TBIs can bring on a variety of mental-health problems. Other news reports have suggested that the sergeant was suffering from marital problems. TIME’s Mark Thompson recently interviewed an Army psychiatrist who said anyone who left the confines of his post in the region in the middle of the night by himself, as the alleged mass shooter did, was “crazy.” Colloquially, that may be the case, but if the soldier’s lawyers are hoping to mount an insanity defense, they will have a tough job ahead of them.

The logistics of this crime are another part of the story that suggests a breach in safety protocol. One of the bedrock troop-management principles of the U.S. Army is that a soldier should never be unsupervised for any length of time. In a combat zone, it should be impossible for a soldier to walk “outside the wire” solo. Most U.S. bases have elaborate processes for personnel to get on and off post. If this sergeant was able to leave through extraordinary evasion that no leader, buddy or perimeter guards could have prevented, that is one thing. If, however, this unit had developed lax troop-management practices and soldiers could go unaccounted for over significant stretches of time, then that is a systemic leadership problem.

Unfortunately, in cases of extreme military malfeasance, the Army has a poor track record of assessing and punishing the leadership breakdowns that allow war crimes to take place. As Army Lieut. Colonel Paul Yingling noted in a 2007 article in the Armed Forces Journal, “A general who presides over a massive human rights scandal or a substantial deterioration in security ought to be retired at a lower rank … As matters stand now, a private who loses a rifle suffers far greater consequences than a general who loses a war.”

Perhaps USA Today is correct in concluding, “People crack, and they kill — the danger they pose obvious only in hindsight.” In this case, let us devoutly hope there was no forewarning of the danger this soldier posed. But if this soldier demonstrated clear signs of instability that were ignored or if troop-management standards had become lax, then the Army has a responsibility to hold the unit’s leaders accountable for contributing, even if unintentionally, to an atrocity.

Frederick is the editor of TIME International and author of Black Hearts: One Platoon’s Descent into Madness in Iraq’s Triangle of Death 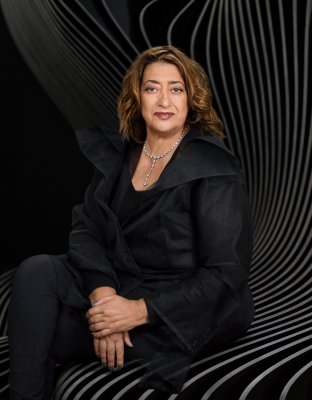 10 Questions with Zaha Hadid
Next Up: Editor's Pick