Water tests on Sunday night showed a toxin thought to come from an algae bloom was continuing to contaminate the regional water supply from Lake Erie, threatening to leave residents of Toledo, Ohio, and part of Michigan without drinking water for a third full day, but officials said the results were improving.

Residents of Toledo and the surrounding area had been instructed on Saturday neither to drink their tap water or using it to brush their teeth, nor boil it, which would increase the concentration of microsystin, the Associated Press reports. Ingestion of the toxin could cause diarrhea, vomiting and other health issues.

While the city’s health department originally said the roughly 400,000 affected residents were free to take baths and showers, it advised that children and people with liver disease and sensitive skin avoid using water from the city’s treatment plant to bathe, CBS News reports. As of Sunday night, no serious illnesses had yet been reported.

City council members in Toledo, Ohio’s fourth-largest city, are due to go over the results at a meeting on Monday, the AP adds.

Ohio Governor John Kasich declared a state of emergency on Saturday and couldn’t say how long the warning would last or what caused the spike in toxin levels. He said the state was working to provide supplies and safe water for the affected areas.

Meanwhile, police officers went to stores to keep the peace as residents stocked up on water in a scene one local said “looked like Black Friday.”

One farmer from a nearby village, John Myers, put 450 gallons of well water into a container on his pickup truck and offered it up at no charge in a high school parking lot.

“I never thought I’d see the day that I’d be giving water away,” he said.

While the city runs more tests, the Environmental Protection Agency office in Cincinnati will also investigate water samples from the lake.

Though water plants along Lake Erie, which provides hydration for 11 million people, treat the water to combat algae, plant operators have grown concerned with threats from toxins in the past few years. A similar warning was in place for a small Ohio township roughly one year ago. 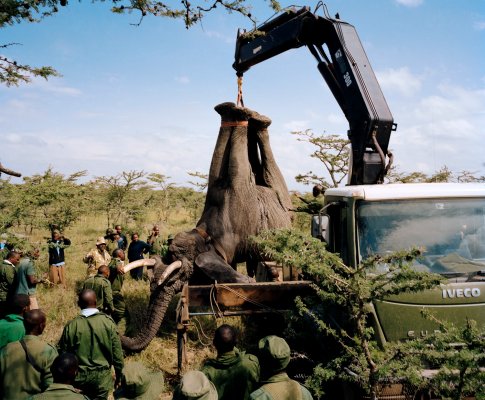 Save the Animals
Next Up: Editor's Pick